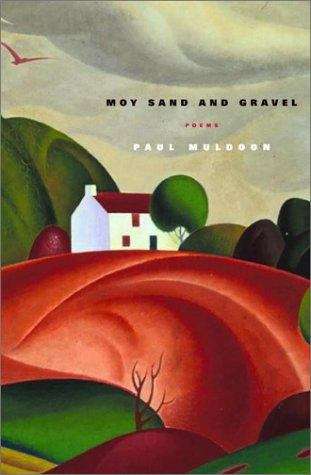 Paul Muldoon's ninth collection of poems, his first since 1998, finds him working a rich vein that extends from the rivery, apple-heavy County Armagh of the 1950s, in which he was brought up, to suburban New Jersey, on the banks of a canal dug by Irish navvies, where he now lives. Grounded, glistening, as gritty as they are graceful, these poems seem capable of taking in almost anything, and anybody, be it a Tuareg glimpsed on the Irish border, Bessie Smith, Marilyn Monroe, Queen Elizabeth I, a hunted hare, William Tell, William Butler Yeats, Sitting Bull, Ted Hughes, an otter, a fox, Mr. and Mrs. Stanley Joscelyne, an unearthed pit pony, a loaf of bread, an outhouse, a killdeer, Oscar Wilde, or a flock of redknots. At the heart of the book is an elegy for a miscarried child, and that elegiac tone predominates, particularly in the elegant remaking of Yeats's "A Prayer for My Daughter" with which the book concludes, where a welter of traffic signs and slogans, along with the spirits of admen, hardware storekeepers, flimflammers, fixers, and other forebears, are borne along by a hurricane-swollen canal, and private grief coincides with some of the gravest matter of our age.