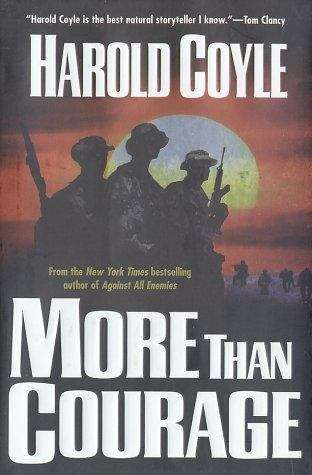 Courage is often enough to drive a soldier forward, to cause him to climb out of his foxhole and face enemy fire. But it takes something else, something more than courage to keep HIM going when every instinct, every shred of reason dictates that he do otherwise.

This hard truth becomes self-evident when the men belonging to Recon Team Kilo, a Special Forces A team operating deep in hostile territory, is overwhelmed by indigenous forces. Stripped of their leadership and unit cohesion, the survivors struggle to stay faithful to a code of conduct in the face of brutal imprisonment and an uncertain future. Isolated from their brethren, each man is forced to rely upon his own skills and strengths.

Some rise to the occasion with a defiance that is unnerving to their captors and some draw upon an inner grace that sees them through their darkest hours. Others, alone and suffering, find themselves wavering as they are hammered by an unending drumbeat of depraved cruelty.

The challenges faced by those selected to rescue the men of Recon Team Kilo are no less daunting, the catalysts that propel them and see them through any diverse. For Robert Delmont, Special Ops Plans Officer, a compelling need for atonement colors his recommendations. He steers the Army's senior leadership toward a course of action that allows him to become an active participant.

Courage is not a factor for the commander of the unit selected to execute Delmont's plan. A dedicated professional, Lieutenant Colonel Harry Shaddock has no doubt that the men under his command will follow him anywhere--even into an operation designed to save fellow soldiers while putting his own in harm's way.

While Dermont, Shaddock, and other members of the armed forces bend their collective efforts to save the survivors of Recon Team Kilo, the families of those men must endure a trial no less daunting. They must find a way to deal with their fears and their emotions as they stand on the sidelines watching their loved ones killed off, one by one, by a ruthless foe in a contest that demands more of them than any had imagined. In order to triumph, all must reach out and draw upon something within, something more than courage.