The Origins of World War Two 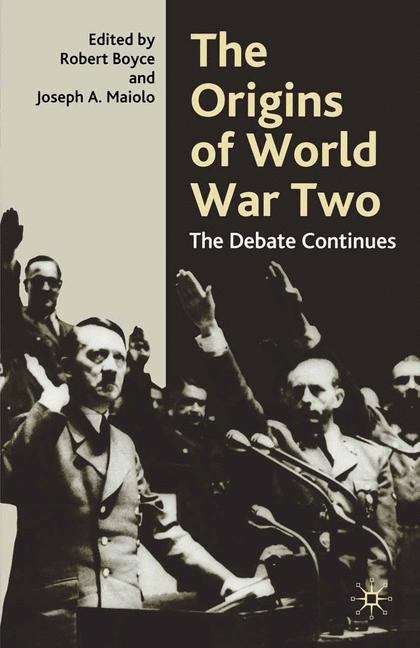 By: Joseph A. Maiolo • Robert Boyce
Login
Sign Up

No issue in modern history has been more intensively studied, or subject to wider interpretation, than the origins of the Second World War. A conflict involving three - arguably four - major aggressor Powers, operating simultaneously but largely separately on two continents, inevitably raises complex theories and debates. Each participating power has its own history, and each one must take account of various influences upon the behaviour of its soldiers and statesmen. His wide-ranging collection of original essays, each by an international expert in their field, covers all aspects of the subject and highlights the controversy that continues to characterise current thinking on the origins of the war. Going beyond the usual Eurocentric approach, Part I examines the roles of all seven of the Great Powers (including Japan and the USA), as well as the parts played by several of the lesser Powers, such as Czechoslovakia, Poland and China. Part II contains chapters which explore key themes that cannot be fully understood within the context of any single country. These themes include the role of ideology, propaganda, intelligence, armaments, economics, diplomacy, the neutral states, peace movements, and the social science approach to war. Written in clear, jargon-free prose, together these essays provide a comprehensive single-volume text for students and teachers, and are essential reading for all with an interest in the debates surrounding the causes of World War Two.