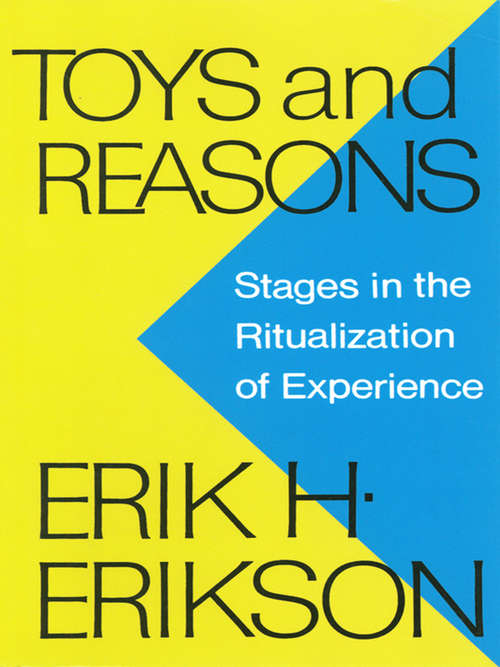 In a moment in our history beset with grave doubts, Erik H. Erickson inquires into the nature and structure of the shared visions which invigorate some eras and seemed so fatefully lacking in others. He illustrates the human propensity for play and vision, from the toy world of childhood to the dream life of adults, and from the artist's imagination to the scientist's reason. Finally, he enlarges on the origins and structure of one shared vision of universal significance, namely, the American Dream. Such a worldview, he concludes, consists of both vision and counter vision (political and religious, economic and technological, artistic and scientific) which vie with each other to give a coherent meaning to shared realities and to liberate individual and communal energy.

Erickson postulates that a space-time orientation provided by a viable worldview is, complimentary to the inner work of the individual psyche and is attuned to its multiple functions. In a central chapter, the author links the phylogeny and the ontogeny of worldviews by describing stages in the ritualization of everyday life--that is, the interplay of customs (including the use of language) with from birth to death convey and confirm the "logic" of the visions predominant or contending in a society. He emphasizes the playful and yet compelling power of viable ritualization to connect individual growth with the maintenance of a vital institutions; but he also illustrates the fateful tendency of human interplay to turn into self-deception and collusion, of ritualization to become deadly ritualism--and of visions to end in nightmares of alienation and distraction. Erickson advocates the pooling of interdisciplinary insights in order to clarify the conscious and unconscious motivation which works for or against the more universal and more insightful worldview essential in a technological age.