The Collected Poems of Dylan Thomas 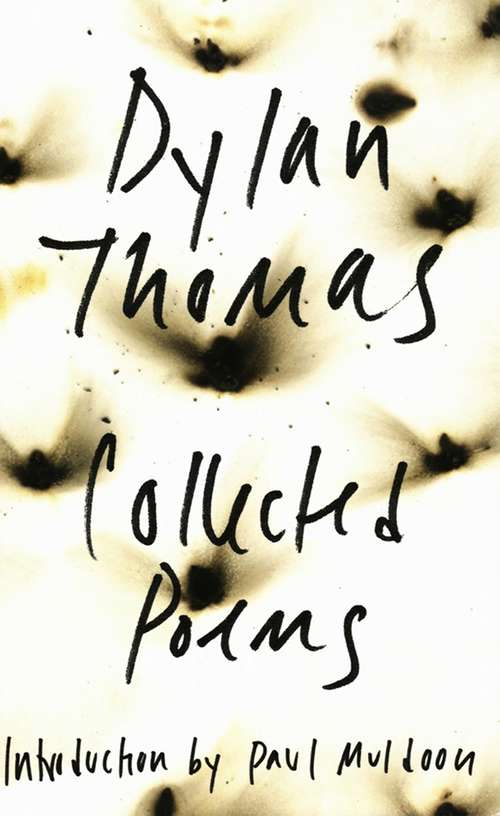 The original and classic The Collected Poems of Dylan Thomas is available once again, now with a brilliant new preface by Paul Muldoon.

The Collected Poems of Dylan Thomas contains poems that Thomas personally decided best represented his work. A year before its publication Thomas died from swelling of the brain triggered by excessive drinking. (A piece of New Directions history: it was our founder James Laughlin who identified Thomas' body at the morgue of St. Vincent's Hospital.)

Since its initial publication in 1953, this book has become the definitive edition of the poet's work. Thomas wrote "Prologue" addressed to "my readers, the strangers" -- an introduction in verse that was the last poem he would ever write. Also included are classics such as "And Death Shall Have No Dominion," "Do Not Go Gentle into that Good Night," and "Fern Hill" that have influenced generations of artists from Bob Dylan (who changed his last name from Zimmerman in honor of the poet), to John Lennon (The Beatles included Thomas' portrait on the cover of Sgt. Pepper's Lonely Hearts Club Band); this collection even appears in the film adaptation of Cormac McCarthy's The Road when it is retrieved from the rubble of a bookshelf.

And death shall have no dominion.

Dead men naked they shall be one

With the man in the wind and the west moon;

When their bones are picked clean and their clean bones gone,

They shall have stars at elbow and foot;

Though they go mad they shall be sane,

Though they sink through the sea they shall rise again,

Though lovers be lost love shall not:

And death shall have no dominion.

(From "And Death Shall Have No Dominion")