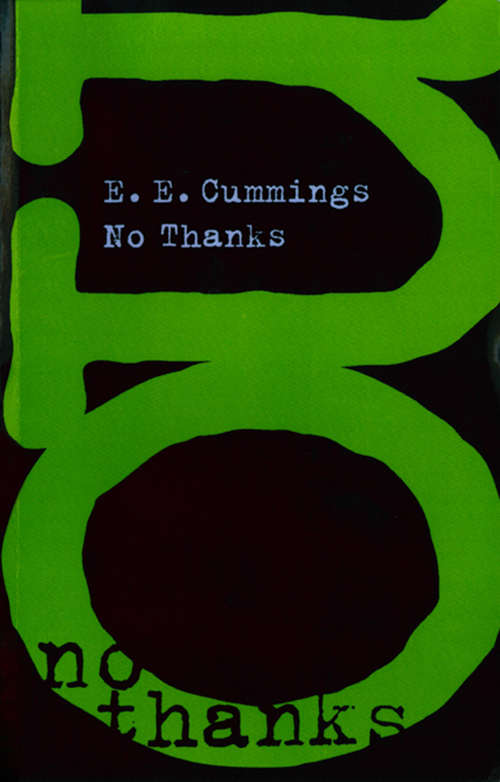 Reissued in an edition newly offset from the authoritative Complete Poems 1904-1962, edited by George James Firmage.

E. E. Cummings, along with Pound, Eliot, and Williams, helped bring about the twentieth-century revolution in literary expression. He is recognized as the author of some of the most beautiful lyric poems written in the English language and also as one of the most inventive American poets of his time. Fresh and candid, by turns earthy, tender, defiant, and romantic, Cummings's poems celebrate the uniqueness of each individual, the need to protest the dehumanizing force of organizations, and the exuberant power of love. No Thanks was first published in 1935; although Cummings was by then in mid-career, he had still not achieved recognition, and the title refers ironically to publishers' rejections. No Thanks contains some of Cummings's most daring literary experiments, and it represents most fully his view of life--romantic individualism. The poems celebrate an openly felt response to the beauties of the natural world, and they give first place to love, especially sexual love, in all its manifestations. The volume includes such favorites as "sonnet entitled how to run the world)," "may I feel said he," "Jehovah buried. Satan dead," "be of love (a little)," and the now-famous grasshopper poem.