Growing to One World 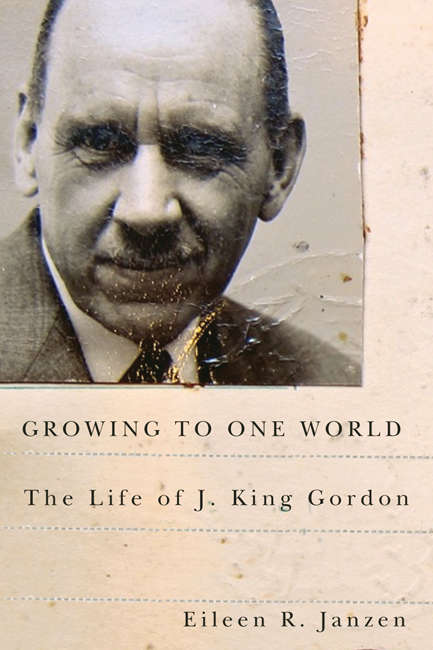 J. King Gordon's story is one of youthful vision and high ideals sustained throughout a life of concrete action at home and abroad. Grounded in his father's social gospel and given intellectual heft and hue by exposure to radical politics at Oxford and in New York, he returned to Canada as a self-described "Christian radical" and threw himself into the emerging social and political ferment of the 1930s.

In Growing to One World, Eileen Janzen details a life spent championing progressive politics in Canada and a commitment to peace and diplomacy on the international stage. As a founding member of the League for Social Reconstruction, Gordon was one of the authors of the Regina Manifesto for the newly formed Co-operative Commonwealth Federation, the forerunner of today's NDP, and worked tirelessly on the party's behalf. Later, he realized his vocation as a member of the United Nations' division of human rights, serving in Korea, the Middle East, and the Congo as both an eyewitness to and participant in formative events shaping those regions.

Exhaustively researched and informed by a sophisticated analytical grasp of political theory and international affairs, Growing to One World is a compelling look at an important supporter of peace, justice, and human rights across the globe.