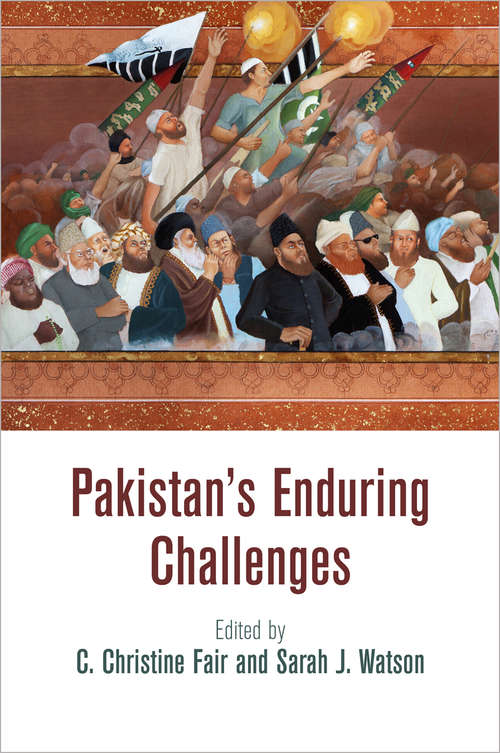 From the U. S. declaration of war against Afghanistan in 2001 to the withdrawal of U. S. troops in 2014, Pakistan's military cooperation was critical to the United States. Yet, Pakistani politics remain a source of anxiety for American policymakers. Despite some progress toward democratic consolidation over the last ten years, Pakistan's military still asserts power over the country's elected government. Pakistan's western regions remain largely ungoverned and home to the last remnants of al-Qaeda's original leadership, as well as multiple militant groups that have declared war on the Pakistani state. The country's economy is in shambles, and continuing tensions with India endanger efforts to bring a durable peace to a region haunted by the distant threat of nuclear war. Pakistan's Enduring Challenges surveys the political and economic landscape of Pakistan in the wake of U. S. military withdrawal. Experts in the domestic and international affairs of the region consider the country's prospects from a variety of angles, including security issues and nuclear posture, relations with Afghanistan, India, and the United States, Pakistan's Islamist movements, and the CIA's use of drone warfare in Pakistan's tribal areas. This timely volume offers a concise, accessible, and expert guide to the currents that will shape the country's future. Contributors: Christopher Clary, C. Christine Fair, Daveed Gartenstein-Ross, Karl Kaltenthaler, Feisal Khan, William J. Miller, Aparna Pande, Paul Staniland, Stephen Tankel, Tara Vassefi, Joshua T. White, Huma Yusef.