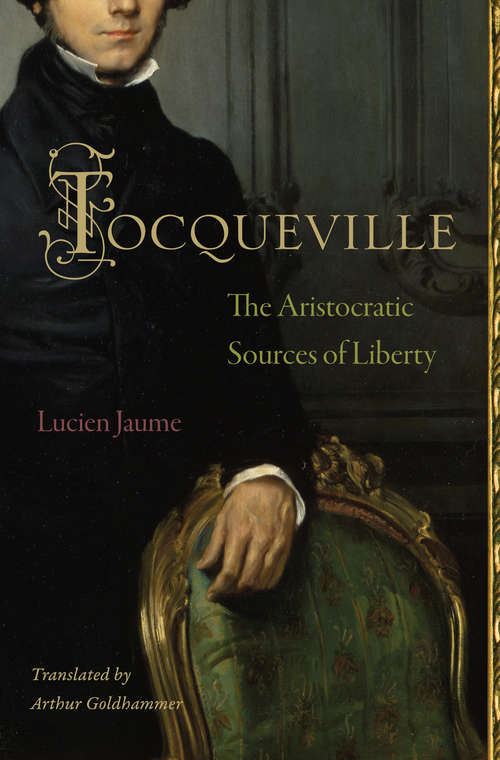 Many American readers like to regard Alexis de Tocqueville as an honorary American and democrat--as the young French aristocrat who came to early America and, enthralled by what he saw, proceeded to write an American book explaining democratic America to itself. Yet, as Lucien Jaume argues in this acclaimed intellectual biography, Democracy in America is best understood as a French book, written primarily for the French, and overwhelmingly concerned with France. "America," Jaume says, "was merely a pretext for studying modern society and the woes of France." For Tocqueville, in short, America was a mirror for France, a way for Tocqueville to write indirectly about his own society, to engage French thinkers and debates, and to come to terms with France's aristocratic legacy. By taking seriously the idea that Tocqueville's French context is essential for understanding Democracy in America, Jaume provides a powerful and surprising new interpretation of Tocqueville's book as well as a fresh intellectual and psychological portrait of the author. Situating Tocqueville in the context of the crisis of authority in postrevolutionary France, Jaume shows that Tocqueville was an ambivalent promoter of democracy, a man who tried to reconcile himself to the coming wave, but who was also nostalgic for the aristocratic world in which he was rooted--and who believed that it would be necessary to preserve aristocratic values in order to protect liberty under democracy. Indeed, Jaume argues that one of Tocqueville's most important and original ideas was to recognize that democracy posed the threat of a new and hidden form of despotism.