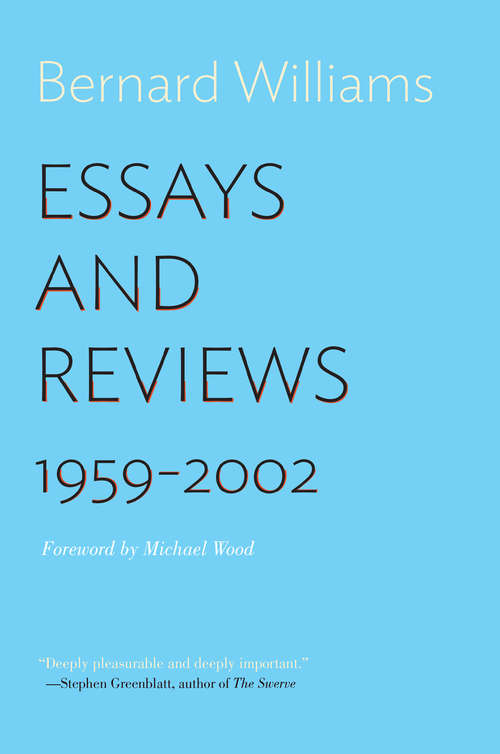 Bernard Williams was one of the most important philosophers of the last fifty years, but he was also a distinguished critic and essayist with an elegant style and a rare ability to communicate complex ideas to a wide public. This is the first collection of Williams's popular essays and reviews, many of which appeared in the New York Review of Books, the London Review of Books, and the Times Literary Supplement. In these pieces, Williams writes about a broad range of subjects, from philosophy and political philosophy to religion, science, the humanities, economics, socialism, feminism, and pornography. Included here are reviews of major books such as John Rawls's Theory of Justice, Robert Nozick's Anarchy, State, and Utopia, Alastair MacIntyre's After Virtue, Richard Rorty's Consequences of Pragmatism, and Martha Nussbaum's Therapy of Desire. But many of these essays extend beyond philosophy and together provide an intellectual tour through the past half century, from C. S. Lewis and Umberto Eco to Noam Chomsky. No matter the subject, Williams probes and challenges arguments, teases out their implications, and connects them to the wider intellectual scene. At the same time, readers see a first-class mind grappling with landmark books in "real time," before critical consensus had formed and ossified. In his foreword, Michael Wood discusses Williams's style and sensibility and his concern that philosophy contribute to the larger intellectual conversation.