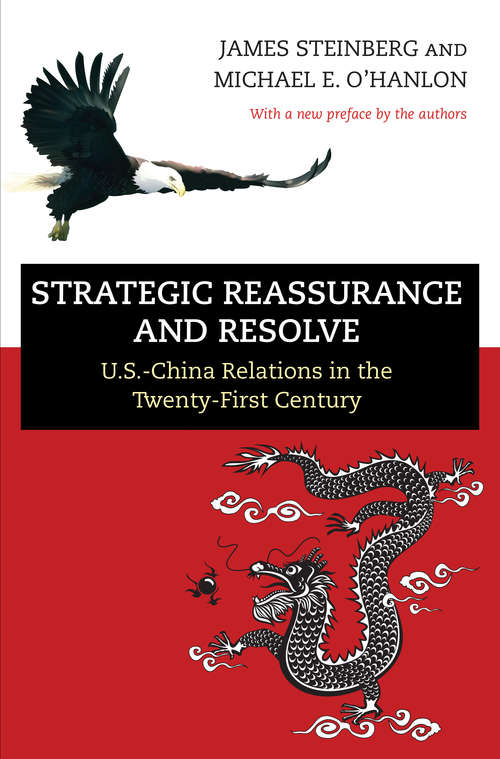 After forty years of largely cooperative Sino-U.S. relations, policymakers, politicians, and pundits on both sides of the Pacific see growing tensions between the United States and China. Some go so far as to predict a future of conflict, driven by the inevitable rivalry between an established and a rising power, and urge their leaders to prepare now for a future showdown. Others argue that the deep economic interdependence between the two countries and the many areas of shared interests will lead to more collaborative relations in the coming decades.In this book, James Steinberg and Michael O'Hanlon stake out a third, less deterministic position. They argue that there are powerful domestic and international factors, especially in the military and security realms, that could well push the bilateral relationship toward an arms race and confrontation, even though both sides will be far worse off if such a future comes to pass. They contend that this pessimistic scenario can be confidently avoided only if China and the United States adopt deliberate policies designed to address the security dilemma that besets the relationship between a rising and an established power. The authors propose a set of policy proposals to achieve a sustainable, relatively cooperative relationship between the two nations, based on the concept of providing mutual strategic reassurance in such key areas as nuclear weapons and missile defense, space and cyber operations, and military basing and deployments, while also demonstrating strategic resolve to protect vital national interests, including, in the case of the United States, its commitments to regional allies.