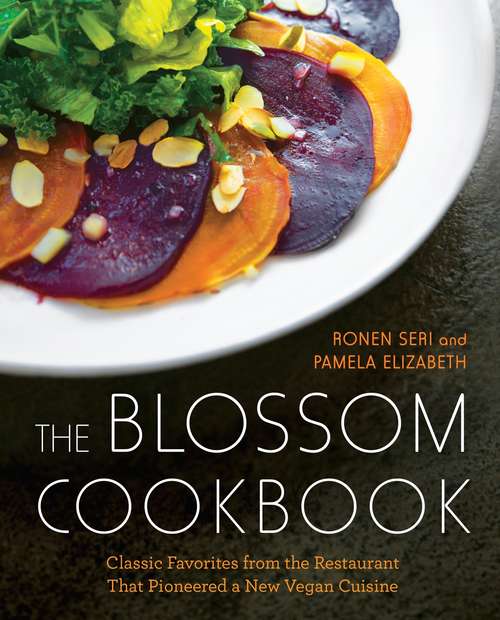 The long-awaited cookbook from the duo that brought America a new, craveable vegan cuisine, filled with over 80 recipes for upscale vegan dishes and remakes of classic comfort food fare.

Blossom has been changing the face of vegan food for more than a decade with their menus of delicious vegan meals that everyone—both vegan and omnivore—wants to eat.

What began as a humble vegan restaurant in New York City quickly grew into one of the most well-known group of restaurants in the world, attracting legions of loyal diners and celebrities alike.

In The Blossom Cookbook, home cooks will learn the Blossom chefs’ secrets for preparing elegant vegan entrees like Lobster-Mushroom Crusted Tofu and Seitan Piccata with Sauteed Kale, comfort food favorites like Fettuccine with Cashew Cream and Curried Un-Chicken Salad, and even recipes for everyone's favorite meals, brunch and dessert. With essential tips for living a vegan lifestyle, a chapter dedicated to preparing fundamental vegan base sauces and condiments, and 80 inventive recipes, this cookbook will excite home cooks who love eating healthy, delicious, sustainable meals.