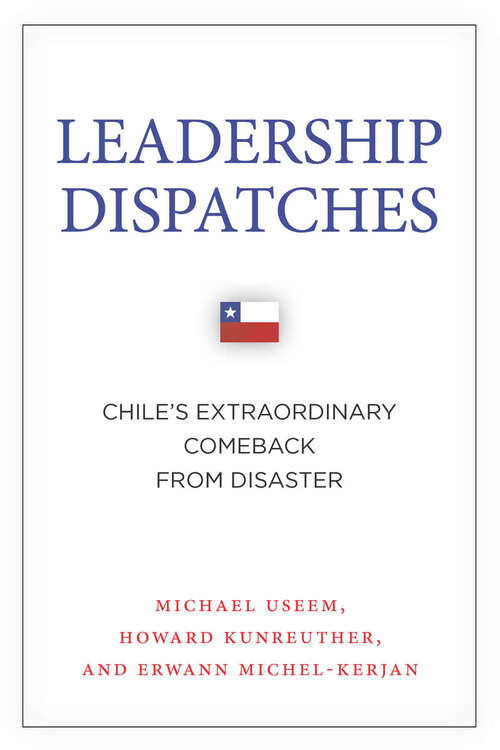 On February 27, 2010, Chile was rocked by a violent earthquake five hundred times more powerful than the one that hit Haiti just six weeks prior. The Chilean earthquake devastated schools, hospitals, roads, and homes, paralyzing the country for weeks and causing economic damage that was equal to 18 percent of Chile's GDP. This calamity hit just as an incumbent political regime was packing its bags and a new administration was preparing to take office. For most countries, it would have taken years, if not decades, to recover from such an event. Yet, only one year later, Chile's economy had reached a six percent annual growth rate. In Leadership Dispatches, Michael Useem, Howard Kunreuther, and Erwann Michel-Kerjan look at how the nation's leadersin government, business, religion, academia, and beyondfacilitated Chile's recovery. They attribute Chile's remarkable comeback to a two-part formula consisting of strong national leadership on the one hand, and deeply rooted institutional practices on the other. Coupled with strategic, deliberative thinking, these levers enabled Chile to bounce back quickly and exceed its prior national performance. The authors make the case that the Chilean story contains lessons for a broad range of organizations and governments the world over. Large-scale catastrophes of many kindsfrom technological meltdowns to disease pandemicshave been on the rise in recent years. Now is the time to seek ideas and guidance from other leaders who have triumphed in the wake of a disaster. In this vein, Leadership Dispatches is both a remarkable story of resilience and an instructive look at how those with the greatest responsibility for a country, company, or community should lead.