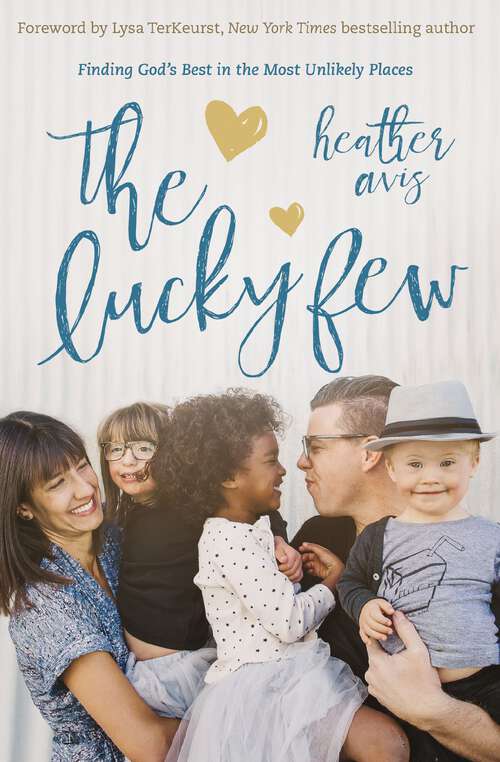 These are the faces that call me “mom,” the three children who made me a mother. When I started my journey into parenthood I never thought it would look like this. I never planned on having three adopted children, and I certainly never imagined that two of them would have Down syndrome. But like most of the things God does, once we stepped into the craziness and confusion of the unknown and unplanned, we quickly realized that we were indeed among the lucky few. When my husband and I decided to grow our family ten years ago, we were surprised to find that getting pregnant was not as easy as we had thought it would be. And as we navigated the ups and downs of infertility, God led us down the path of adoption. Of course, we would adopt! Not what we had originally planned, but certainly a wonderful option. But just as we began to get a comfortable grasp on growing our family through adoption, God introduced us to Macyn Hope, a very sick little girl with Down syndrome who desperately needed a family. As we continued to follow God’s calling, first with Macyn, and later with Truly and then August, we found ourselves further and further from the comfortable paths we thought our lives would take, and instead moving down some very scary, and often painful roads. Even though at times His plan seemed terrifying and even downright foolish, little could we have known how much goodness, blessing, and joy would flow out of loving these three little people He’s put into our lives. No, it’s not been easy: not the open-heart surgeries or the challenges of raising two children with Down syndrome or the complexities of dealing with birth-families or the struggles we’ve had with the public education system. But through it all, every new and uncomfortable situation has only proven to be another chance to see how very good God’s plan is for our lives and how downright lucky we are to be able to live it out. It’s only the lucky few that recognize that the most beautiful things in this life are often found in the differences. What some would see as misfortune, I’ve learned to see as nothing more than pure luck.