The Art of Breaking Glass 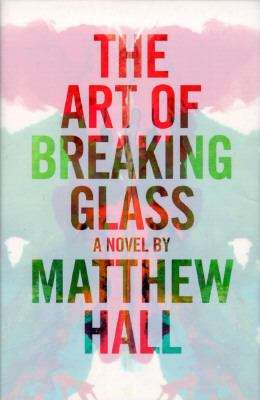 Psycho-renegade do-gooder Bill Kaiser is on a mission. He wants an old Manhattan building renovated, and he's willing to go to any lengths--political sabotage, terrorist bombings, even murder--to accomplish his goal.

The most wounded soul in Bellevue's psychiatric ER is not a patient but a nurse, Sharon Blautner, reeling from the deaths of her husband and son. In Hall's follow-up to Nightmare Logic, Sharon's self-hatred pulls her in dangerous directions by the time she meets Bill Kaiser. This darkly handsome man is in Bellevue for slitting his wrists and feigning self-castration after police confronted him during

a break-in motivated by his passion to save some of New York's architectural treasures. Within days, Sharon has bonded with Bill, discovering that they

Sharon's from the fact that the developer once cheated her father, plunging him toward suicide.

Bill Kaiser is a whiz with computers and electronics. A demolitions expert. A man who'll stop at nothing in his quest for social justice - and private

revenge. Sharon inadvertently helps Bill break out of the hospital's high-security lockdown. After that, nothing in Sharon's

life will ever be the same.