Humor and the Civil War 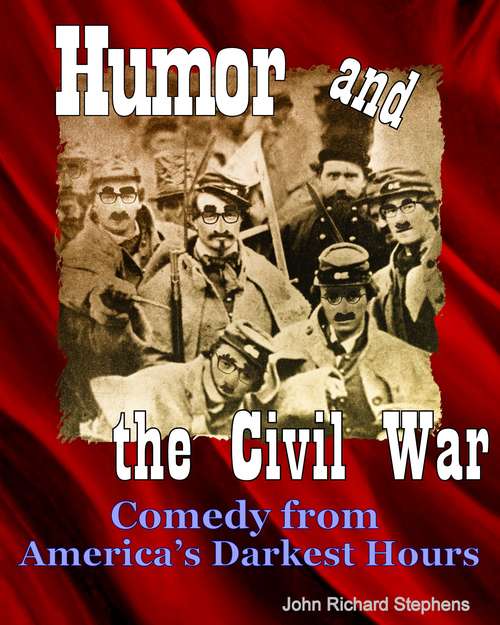 President Abraham Lincoln said he wouldn't have been able to survive the Civil War without his jokes and amusing stories. That war was by far the greatest struggle the United States has ever faced. More Americans died in the Civil War than in all of the other wars combined. Americans--both North and South--endured very hard times and suffered terrible tragedies, and yet they maintained their sense of humor. They even printed jokes on the front page of newspapers, mixed in with the top news stories.Mark Twain is, of course, the most famous humorist of the nineteenth century, but there were others who were famous then that aren't quite as well known now. What they wrote still holds up well today and deserves to be revived. These humorists include Abraham Lincoln's favorites: Artemus Ward, Orpheus C. Kerr, and Petroleum V. Nasby. There's also Josh Billings, Alf Burnett, Bret Harte, and Ambrose Bierce. Even Abraham Lincoln himself was noted for his many funny stories and jokes. And people were still writing humorous stories involving the war at the end of the century, when O. Henry came along. This book includes all of them, along with some rare pieces by Mark Twain.Here's just one example: "During the war a Southern editor, wishing to compliment Confederate General Pillow, wrote a notice of him, in which the General was called the 'battle-scarred hero,' but the typesetter made the phrase read, the 'battle-scared hero.' On reading the notice, the irate soldier hied himself to the newspaper office, and demanded a correction. This was promised, and the next day's paper spoke of General Pillow as a 'bottle-scarred hero.'"This book draws together the very best of the Civil War's humor, parodies, burlesques, funny anecdotes, jokes, satire, personal experiences, tall tales, and wit. Retrieved through extensive research from books, newspapers, speeches, letters, and personal diaries, some of this material hasn't been published since the war. (345 pgs., 8 ill.)