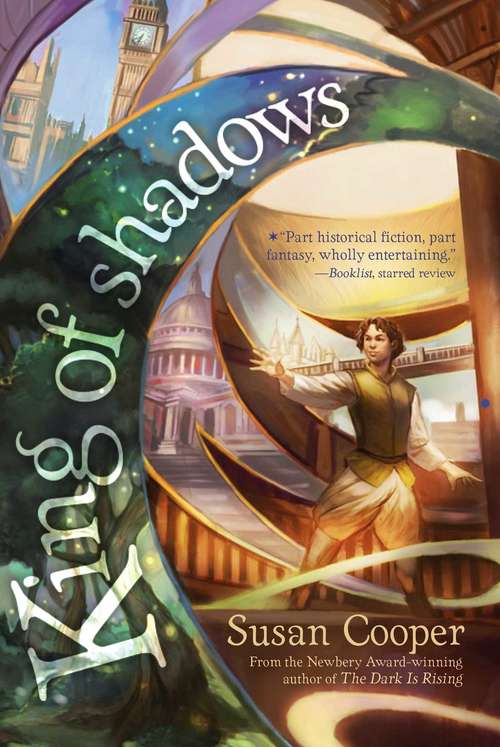 Playing deftly with Time and Destiny as she did in her classic fantasy sequence The Dark Is Rising, Susan Cooper tells a vivid, fascinating and ultimately very moving story of the painful business of growing up, against a background of the timeless, glowing magic of the theater.

Nat Field's short life has been shadowed by loss and horror. His one escape is his talent for acting, and he has been picked by a dazzling international director to perform at Shakespeare's Globe, London's amazing new copy of the theater for which William Shakespeare wrote his plays four hundred years ago.

Brought from all over the U.S., the members of the American Company of Boys begin to rehearse at the Globe. But strange, eerie echoes of the past begin creeping in. Nat goes to bed mysteriously sick -- is it the dreadful bubonic plague of the sixteenth century? He wakes up healthy, but he's no longer in the present, he's in 1599, acting at the original Globe. And his costar is Shakespeare: no longer a vague historical figure, but a quirky, warm-hearted writer/actor whose friendship changes Nat forever.

Nat has a new life, blazing with excitement, edged with danger, but why is he here? Is he trapped in Elizabethan London? Will he ever go home?