Show Me the Bone 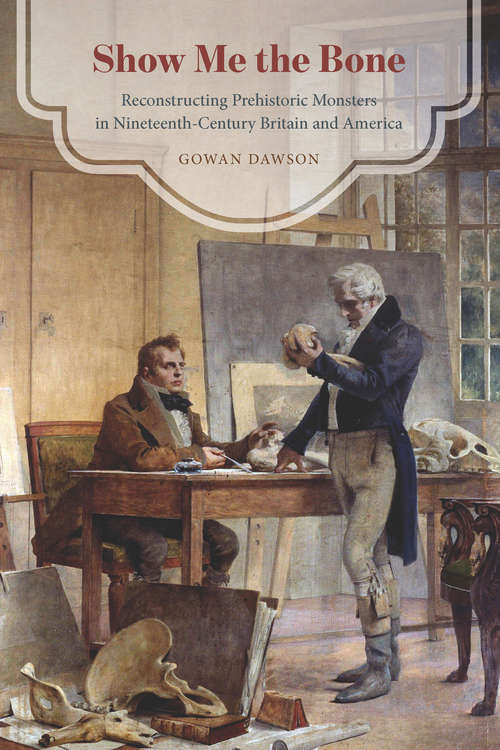 Nineteenth-century paleontologists boasted that, shown a single bone, they could identify or even reconstruct the extinct creature it came from with infallible certainty--"Show me the bone, and I will describe the animal!" Paleontologists such as Georges Cuvier and Richard Owen were heralded as scientific virtuosos, sometimes even veritable wizards, capable of resurrecting the denizens of an ancient past from a mere glance at a fragmentary bone. Such extraordinary feats of predictive reasoning relied on the law of correlation, which proposed that each element of an animal corresponds mutually with each of the others, so that a carnivorous tooth must be accompanied by a certain kind of jawbone, neck, stomach, limbs, and feet.

Show Me the Bone tells the story of the rise and fall of this famous claim, tracing its fortunes from Europe to America and showing how it persisted in popular science and literature and shaped the practices of paleontologists long after the method on which it was based had been refuted. In so doing, Gowan Dawson reveals how decisively the practices of the scientific elite were--and still are--shaped by their interactions with the general public.