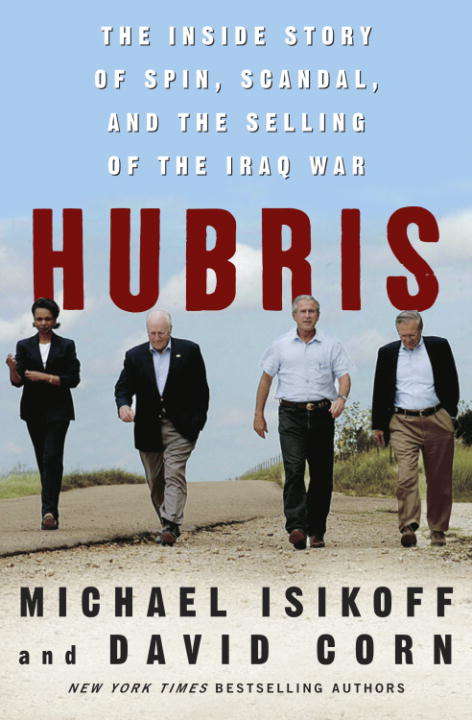 March 2003: The United States invades Iraq.October 2006: The world finds out why.What was really behind the U.S.-led invasion of Iraq? As George W. Bush steered the nation to war, who spoke the truth and who tried to hide it? Hubris takes us behind the scenes at the Bush White House, the CIA, the Pentagon, the State Department, and Congress to answer all the vital questions about how the Bush administration came to invade Iraq.Filled with new revelations, Hubris is a gripping narrative of intrigue that connects the dots between George W. Bush's expletive-laden outbursts at Saddam Hussein, the bitter battles between the CIA and the White House, the fights within the intelligence community over Saddam's weapons of mass destruction, the startling influence of an obscure academic on top government officials, the real reason Valerie Plame was outed, and a top reporter's ties to wily Iraqi exiles trying to start a war. Written by veteran reporters Michael Isikoff and David Corn, this is the inside story of how President Bush took the nation to war using faulty and fraudulent intelligence. It is a news-making account of conspiracy, backstabbing, bureaucratic ineptitude, journalistic malfeasance, and, especially, arrogance.From the Hardcover edition.