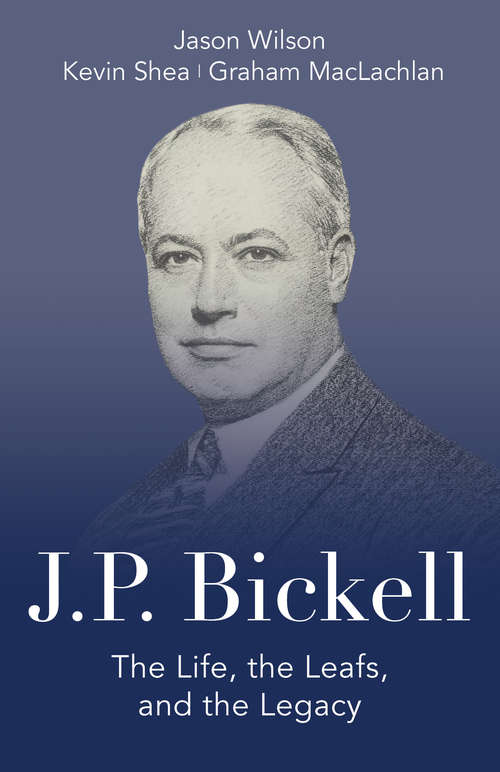 He stayed out of the spotlight, but Leafs fans know J.P. Bickell cast a long shadow.

A self-made mining magnate and the man who kept the Maple Leafs in Toronto and financed Maple Leaf Gardens, J.P. Bickell lived an extraordinary and purposeful life. As one of the most important industrialists in Canadian history, Bickell left his mark on communities across the nation. He was a cornerstone of the Toronto Maple Leafs, which awards the J.P. Bickell Memorial Award to recognize outstanding service to the organization.

Bickell’s story is also tied up with some of the most famous Canadians of his day, including Mitchell Hepburn, Roy Thomson, and Conn Smythe. Through his charitable foundation, he has been a key benefactor of the Hospital for Sick Children, and his legacy continues to transform Toronto. Yet, though Bickell was so important both to Toronto and the Maple Leafs, the story of his incredible life is today largely obscure. This book sets the record straight, presenting the definitive story of his rise to prominence and his lasting legacy — on the ice and off.