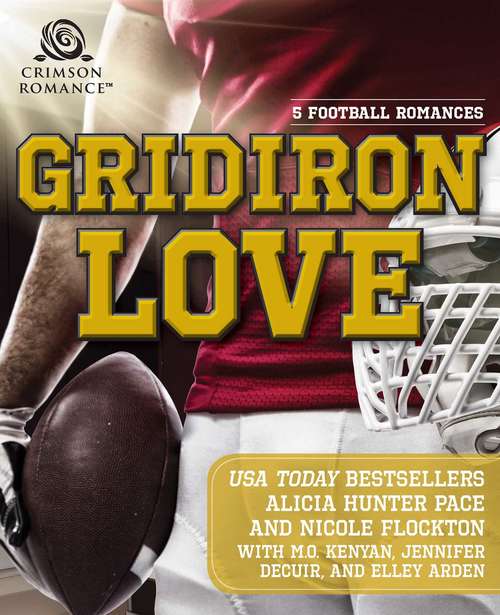 Get ready for some football! Put your backfield in motion with these five heartthrob jocks as they get (first) down and dirty to win the game of love.Scrimmage Gone South: High school football coach Nathan Scott holds lawyer Tolly Lee responsible for his aborted NFL career. Can these two ex-lovers find a way to co-exist in the same small town—without becoming fodder for every gossip in Merritt, Alabama? Sweet Texas Fire: Quarterback-turned-businessman Gage Cooper has always wanted the family cabin. Instead, his business nemesis, environmental analyst Charlotte Wilkinson, inherits this valuable property with its oil-rich land and its secrets, and Gage just gets a useless key. To reverse this fortune, he proposes a sham marriage, and Aussie Charlotte accepts so she can stay in Texas. But as they discover common ground and a surprising chemistry, Gage must decide what’s worth more: the land he’s coveted or a future with Charlotte. The Rebel’s Own: In high school, a cruel prank left shy Kennedy Bailey pregnant and alone. Now grown and gorgeous, she won’t let anything stop her from saving her five-year-old son’s life when he’s diagnosed with leukemia. Even if it means confronting his father, Boston Rebels quarterback Ryan Carville, who just wants a second chance to show he’s a man worth loving. Always My Hero: Ryan Pettridge left Scallop Shores with a full scholarship to UCLA and an NFL destiny. But a freak accident cost him both, and now he’s home to take over the family hardware store. Shy librarian Bree Adams, his high school crush, might help him turn over a new page. Can she prove to Ryan once and for all that he has always been a hero in her eyes? Running Interference: Offensive linewoman Tanya Martin is determined to save her father’s gym, even if it means calling in a favor from her former friend, Super Bowl MVP Cam Simmons. Their easy camaraderie returns with some undeniable chemistry as they work side by side, but can she open up enough to trust him with her heart a second time around? Sensuality Level: Sensual