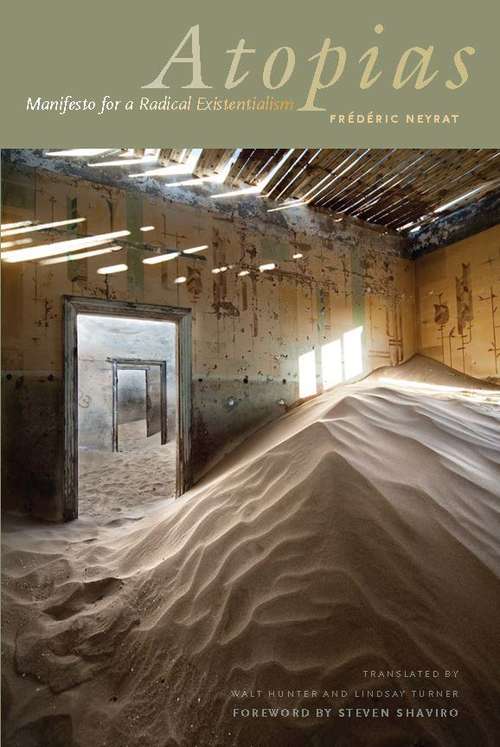 This book offers a manifesto for a radical existentialism aiming to regenerate the place of the outside that contemporary theory underestimates. Neyrat calls this outside “atopia”: not utopia, a dreamt place out of the world where everything would be perfect, but atopia, the internal outside that is at the core of every being. Atopia is neither an object that an “object-oriented ontology” would be able to formalize, nor the matter that “new materialisms” could identify. Atopia is what constitutes the existence of any object or subject, its singularity or more precisely its “eccentricity.” Etymologically, to exist means “to be outside” and the book argues that every entity is outside, thrown in the world, wandering without any ontological anchor. In this regard, a radicalized existentialism does not privilege human beings (as Sartre and Heidegger did), but considers existence as a universal condition that concerns every being.

It is important to offer a radical existentialism because the current denial of the outside is politically, and aesthetically, damaging. Only an atopian philosophy—a bizarre, extravagant, heretic philosophy—can care for our fear of the outside. For therapeutic element, a radical existentialism favors everything that challenges the compact immanence in which we are trapped, losing capacity to imagine political alternatives. To sustain these alternatives, the book identifies the atopia as a condition of the possibility to break immanence and analyze these breaks in human and animal subjectivity, language, politics and metaphysics.