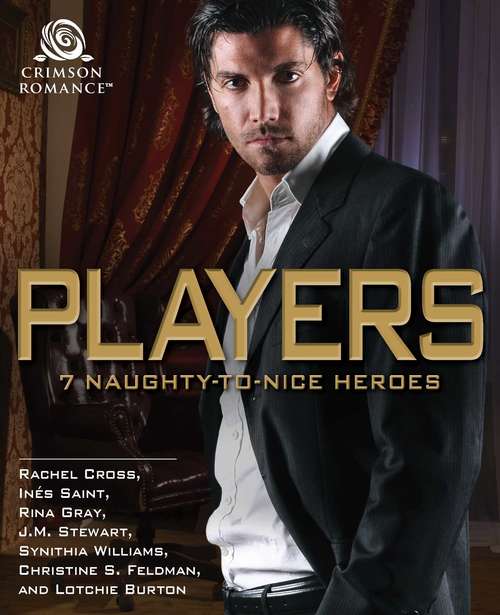 Seduction is the name of the game for these seven charming bad boys. Will the love of a good woman tame their wild ways? Find out in this discounted digital collection.Spiraling: Amy Astor, America’s ice princess, is exactly who boy-band-heartthrob-turned-Hollywood-leading-man Shane Marx needs to help him land his next starring role and break out of stereotyped casting. But Hollywood’s power brokers will cry “cut!” on both of their careers unless they can learn that love is stronger than addiction. Strangers in the Night: When Jake Kelly, Chicago’s conservative mayoral candidate, and Keila Diaz, a spirited violinist, work together to create a music program for the city’s public school system as part of his platform for education reform, the sparks are combustive. But will voters give this pair a thumbs up? It’s Been You: Marketing manager Tiana Holliday snags her dream job at an award-winning agency in New York City, but cocky playboy Nathaniel Lawson, her old grad-school nemesis, is her new officemate. When their competition to manage a lucrative sports car account and nab a big promotion erupts into an all-out battle of desire, they discover that challenging each other outside the boardroom is even more satisfying than advertised. Her Knight in Black Leather: When his father falls ill, Michael Brant returns to the hometown he ditched years ago. His first night in town, he rescues a damsel in distress who has no clue about his family ties. But Cat can’t continue to treat him like a one-night stand when Michael’s dark past surfaces, putting her in danger. Can he find a way to keep her safe without risking his heart? Worth the Wait: Playboy and fitness instructor Jared Patterson seems like the perfect candidate to help Tasha Smith lose her long-held V-card. But what starts out as a one-time thing quickly turns into an affair neither wants to stop—even when it might get in the way of their futures. The Bargain: Ladies’ man Michael Kingston desperately wants to atone for past mistakes, but his younger brother refuses to speak to him. So Michael strikes a deal with tomboy Shannon Mahoney: If she gets Drew to hear him out, Michael will mentor Shannon in how to win his brother’s heart. But what’s the next step when two unlikely allies discover they enjoy each other’s company far more than either expected? Maybe love isn’t about reinventing yourself after all. Nothing’s Sweeter than Candy: Brice Coleman has long enjoyed the spoils of the battle of the sexes, one female conquest at a time. That is, until he meets Candace Brown, who, after two failed relationships, no longer believes in Prince Charming. What’s a guy got to do to heal his woman’s broken heart? Sensuality Level: Sensual