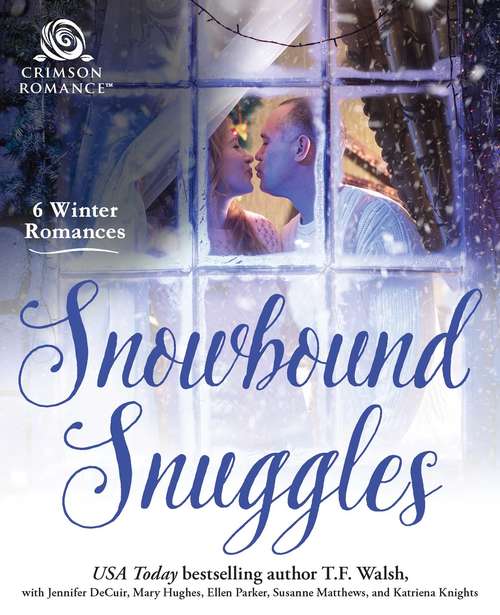 Let it snow, let it snow! It’s time to stoke the fires and pour a glass of cabernet as you join these sexy couples who find love while they’re stranded together.Cloaked in Christmas: Wulfkin Cacey Varg and her daughter have made a new life in Finland, far from her abusive ex. But as Christmas approaches, Cacey learns he’s coming to take their daughter. A massive snowstorm prevents her from fleeing and instead delivers a sexy stranger, powerful hunter Vincent Lyall, to her doorstep. Is love potent enough to win when two sexy wolf shifters, an unwelcome past, and animalistic urges wreak havoc on the holiday season? Wynter’s Journey: Tragedy tore Wynter and Sam apart twelve years ago, and now she’s back at his doorstep, widowed, desperately broke, and very pregnant. What’s a nice guy to do but offer her shelter? But living under the same roof quickly leads to old feelings resurfacing, even if Wynter is determined to leave the pain of Scallop Shores behind. Now the one person Sam wanted to forget is the one person he can’t let go. Edie and the CEO: Edie Rowan is passionate about workers’ rights, but when her protests backfire, championing the little guy gets her in trouble with sexy CEO Everett Kirk. He sends her to attend management camp—and even drives her there himself. But when they are forced to seek shelter in a snowstorm, they let down their professional guard, and the sparks start to fly. Starr Tree Farm: Laura Tanner returns home a year after her husband’s death and reunites with Brad Asher, a wounded vet who has come back to pull his life together. When her husband’s murderer targets Laura, too, can her childhood-playmate-turned-devilish-man unravel the secret before it’s too late? On His Watch: Special Agent Jason Spark is enjoying some welcome peace and quiet when he’s summoned to a 911 call and steps into a horrifying bloodbath. Survivor Nikki Hart believes Jason might be the angel sent to protect her, and willingly goes into hiding with him in a mountain cabin far from civilization. But when she learns about the secret role he played in her tragedy, can she ever forgive him? As If You Never Left Me: Rey and Joely Birch had what they thought was a perfect marriage … until it fell apart. Joely picked up the pieces and built a successful retail business. Now Rey is back on the doorstep of her mountain cabin, determined to win her heart again. But will his carefully laid plans disintegrate when she finds out what really brought him to Colorado? Sensuality Level: Sensual