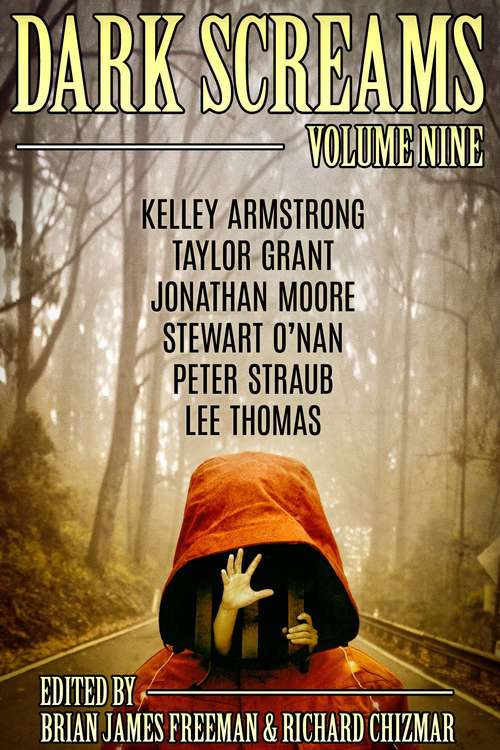 Kelley Armstrong, Stewart O’Nan, Taylor Grant, Jonathan Moore, Peter Straub, and Lee Thomas weave six hair-raising yarns proving that appearances can be deceiving—and deadly—in this horror anthology assembled by Brian James Freeman and Richard Chizmar. INVITATION TO THE GAME by Kelley Armstrong Vivienne dreams of moving up in the company, and now she’s got her chance. All the company asks in return is that she prove her absolute devotion by playing a simple, silly little game. SUMMER OF ’77 by Stewart O’Nan Suntanned and bleached blond, the boys and girls of summer never expect anything to interrupt their carefree days. They never see me coming until it’s too late. THE DEAD YEARS by Taylor Grant Emma was the great love of his life, even after she vanished. So when she reappears at a cocktail party fifteen years later, he’ll do whatever it takes to keep her from slipping away again. THE BLACKOUT by Jonathan Moore When a body goes missing from the morgue, Detective Nakahara is called in to investigate. Despite the storm, it should be a simple case. After all, a dead body can’t just walk out on its own . . . right? VARIATIONS ON A THEME FROM SEINFELD by Peter Straub At six years old, Clyde noticed that his reflection decided not to show up in the mirror. Whenever it happens, he just needs to go through the mirror and fetch him. The trick is making it back. TORN by Lee Thomas Luther’s Bend is the kind of place where bad things just aren’t supposed to happen, but even the sleepiest towns have secrets . . . and the full moon can bring retribution for all manners of sins. Praise for the Dark Screams series “A wicked treat [featuring] . . . some of the genre’s best.”—Hellnotes, on Volume One “Five fun-to-read stories by top-notch horror scribes. How can you lose? The answer: you can’t.”—Atomic Fangirl, on Volume Two “If you have not tried the series yet, do yourself a favor and grab a copy of any (or all) of the books for yourself.”—Examiner.com, on Volume Three “Fans of horror of every variety will find something to love in these pages.”—LitReactor, on Volume Four “[Volume Five] runs the gamut from throwback horror to lyrical and heartbreaking tales.”—Publishers Weekly