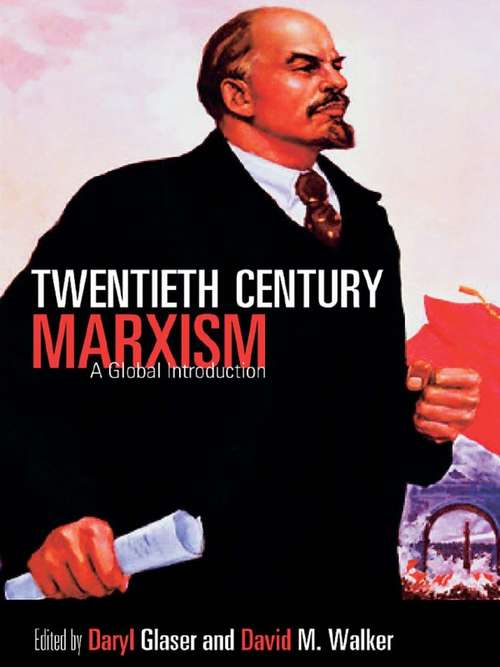 This book outlines and assesses the Marxist tradition as it developed in the twentieth century, and considers its place and standing as we move into the twenty-first century.

It is divided into three parts examining Marxism historically, geographically and thematically:

Part 1 analyzes early Marxism in Russia and Europe as it developed after the death of Marx. Lenin, Trotsky, Luxemburg, Kautsky, Bernstein and the school of thought associated with them are all examined

Part 2 deals with thinkers, debates and movements that followed the early Marxism focused on in part one, and includes chapters on Marxism in Europe, the Soviet Union, Africa, Asia and Latin America

Part 3 is concerned with more contemporary debates in relation to Marxism and its standing and role today. The chapters in this section consider various themes including the relationship between theory and practice in Marxism, democratic procedure and liberties, Marxism as an economic critique of capitalism and Marxist methodology.

Twentieth Century Marxism is not an introspective discussion of Marxism that would be of interest only to a limited number of specialists. Rather, it provides a thoughtful and stimulating contribution to debates about the role of Marxism today and its future direction.