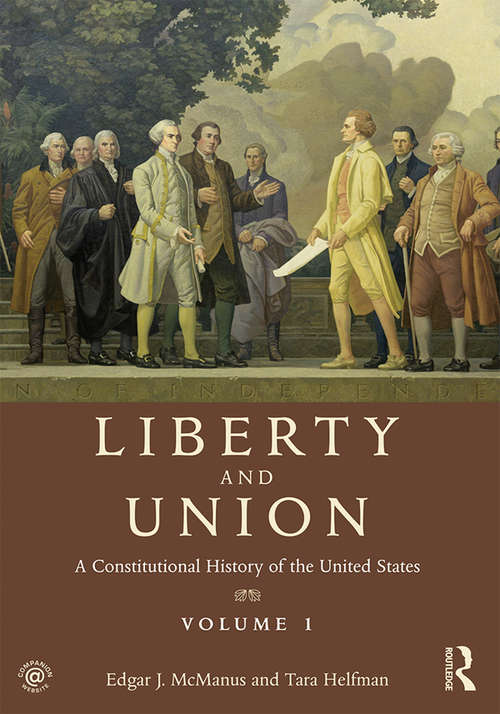 This, the first of two volumes of Liberty and Union, is a comprehensive constitutional history of the United States from the Anglo-American origins of the Constitution through the colonial and antebellum periods, to the Civil War and the consequent restructuring of the nation.

Written in a clear and engaging narrative style, it successfully unites thorough chronological coverage with a thematic approach, offering critical analysis of core constitutional history topics, set in the political, social, and economic context that made them constitutional issues in the first place. Combining a thoughtful and balanced narrative with an authoritative stance on key issues, the authors explain the past in the light of the past, without imposing upon it the standards of later generations.

Authored by two experienced professors of History and Law this textbook has been thoughtfully constructed to offer an accessible alternative to dense scholarly works – avoiding unnecessary technical jargon, defining legal terms and historical personalities where appropriate, and making explicit connections between constitutional themes and historical events. For students in an undergraduate or postgraduate constitutional history course, or anyone with a general interest in constitutional developments, this book will be essential reading.

A table of cases

Constitution of the United States of America