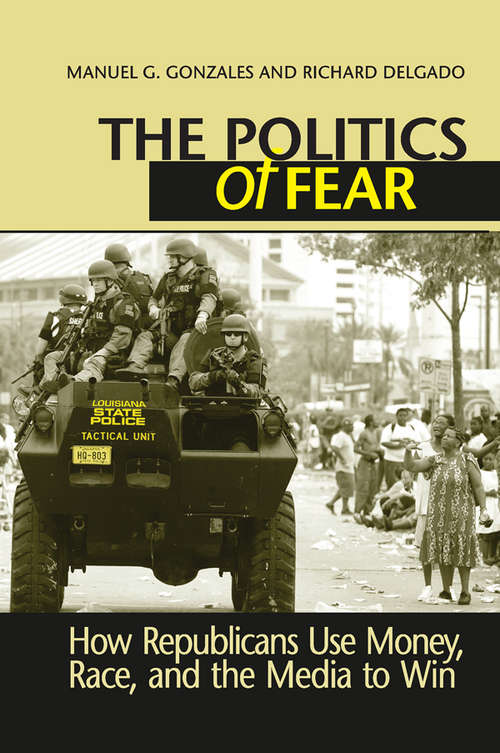 "Lucidly written, widely informed, and uncompromisingly honest -- a valuable expose." Michael Parenti "Documents the stunning success of a network of wealthy donors and corporations in creating and sustaining a set of think tanks, legal action groups, and media strategies." Gary Orfield, Harvard University What explains the electoral success of Republicans, particularly of the ascendant neoconservatives who now dominate the Party? Based on a thorough and up-to-date examination of the New Right over twenty-five years, The Politics of Fear proposes some provocative answers, including globalization, new technologies, and a far-reaching network of right-wing think tanks and foundations. As the authors show, all have opened the doors to a new politics of fear successfully waged by the neoconservatives. By manipulating insecurity, the New Right has created an extraordinarily successful populist conservative movement. Utilizing extensive documentation, the authors argue convincingly that the fear of immigrants and racial minorities has served as the most effective tactic in the GOP arsenal, while their approach also implicates gays, feminists, and terrorists. The book explains why Americans have willingly supported a party that promises them security, just as it delivers greater economic and political insecurity. The authors argue that, despite their striking political successes, neoconservatives have delivered to voters a set of policies harmful to working Americans in the way of regressive tax measures, military exploits, tort reform, deregulation, and environmental destruction.