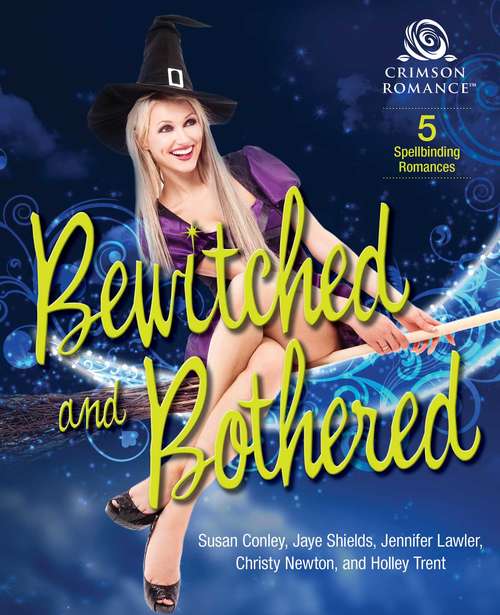 Witchcraft is afoot in these five paranormal romances featuring some seriously seductive sorcery. Smart, sexy, and more than slightly supernatural, these enchantresses beguile their heroes with the greatest magic of all: love.That Magic Mischief: When her boyfriend dumps her out of the blue, Annabelle's hopes of walking down the aisle seem lost--until the metaphysical takes matters in hand. After all, what's the point of being a witch if you can't manage a spell to fix your broken heart? Luckily, transplanted Irishman Jamie Flynn is more than ready to be charmed.Secrets of the Sky: Sparrow Reed might look like an angel, but she's actually a witch who can change into a songbird. When her best friend's problems drop Sparrow in an underworld fraught with threats, Rowen Aerion of the Knights of the Fog has his hands full trying to keep her alive--and his love may be her biggest danger of all.Lessons in Magic: Recently unemployed and rudderless, Phoebe agrees to get her late aunt Edna's house ready to put on the market. While cleaning up cobwebs, she unexpectedly discovers her witchy, latent family talent for summoning demons. Noah Rossi, wizard in training, comes to the rescue, but can he save her from accidentally destroying the universe?Naturally Enchanted: As a struggling journalist, Owen Cooper has to make a name for himself, and a tip that a real-life witch is living on Mango Cove may just lead to the big story he needs. Undercover as a shipwrecked tourist, he worms his way into Ezra's family and their secrets but soon discovers the fetching sorceress has a tight hold on his heart.A Demon Bewitched: The last time Claude Fortier fell for a woman, Gulielmus killed her. Nearly 200 years later, Claude's lover is back...sort of. Gail Colvard may have been born with his sweet Laurette's soul, but her new-and-improved incarnation is a witch who isn't taking any mess--not from him nor dear old Dad, either.Sensuality Level: Sensual