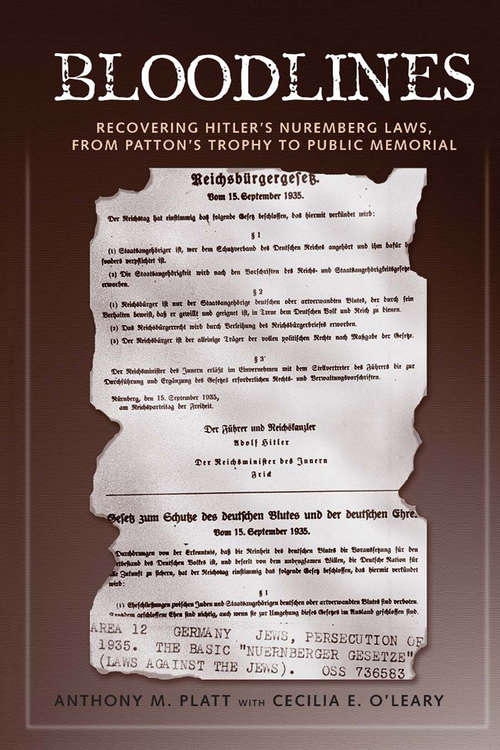 At the end of World War II, an American military intelligence team retrieved an original copy of the 1935 Nuremberg Laws, signed by Hitler, and turned over this rare document to General George S. Patton. In 1999, after fifty-five years in the vault of the Huntington Library in southern California, the Nuremberg Laws resurfaced and were put on public display for the first time at the Skirball Cultural Center in Los Angeles. In this far-ranging, interdisciplinary study that is part historical analysis, part cultural critique, part detective story, and part memoir, Tony Platt explores a range of interrelated issues: war-time looting, remembrance of the holocaust, German and American eugenics, and the public responsibilities of museums and cultural centers. This book is based on original research by the author and co-researcher, historian Cecilia O'Leary, in government, military, and library archives; interviews and oral histories; and participant observation. It is both a detailed, scholarly analysis and a record of the author's activist efforts to correct the historical record.