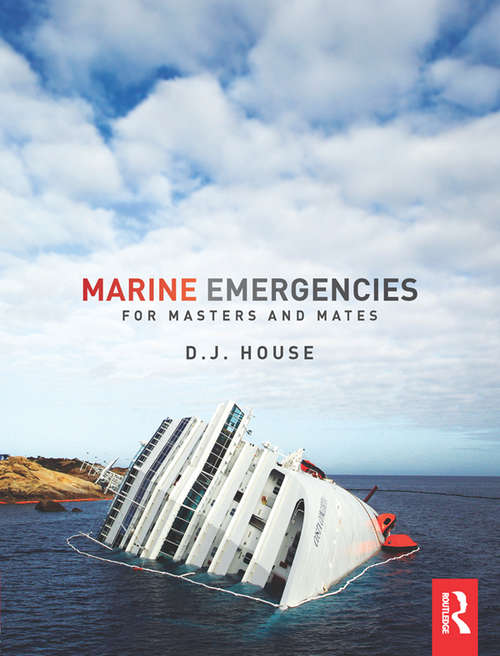 An influential guide to maritime emergencies and the current strategies that can be employed to cope with the immediate after effects and ramifications of disaster at sea. Many mariners will at some point in their maritime careers become involved in one sort of emergency or another, while in port or at sea, whether it is a fire on board, a collision with another vessel or an engine failure threatening a lee shore. Actions to take in such incidents can be the difference between survival and catastrophic loss.

This text provides a direct insight into some of the latest incidents and includes:

checklists and suggestions for emergency situations.

everything from fire and collision right through to the legal implications of salvage.

David House has now written and published eighteen marine titles, many of which are in multiple editions. After commencing his seagoing career in 1962, he was initially engaged on general cargo vessels. He later experienced worldwide trade with passenger, container, Ro-Ro, reefer ships and bulk cargoes. He left the sea in 1978 with a Master Mariner's qualification and commenced teaching at the Fleetwood Nautical College. He retired in 2012 after thirty three years of teaching in nautical education. He continues to write and research maritime aspects for future works.