Idylls of the King 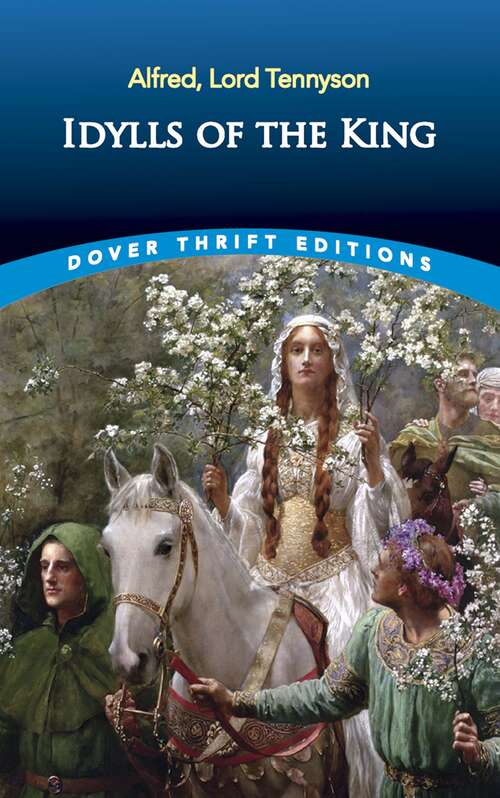 With Idylls of the King, one of the giants of Victorian literature turned his considerable talents to the chivalric lore surrounding a larger-than-life British ruler, King Arthur. Alfred, Lord Tennyson, cast his interpretation of Arthurian myth into the form of an epic poem, and his tales of Camelot soar to remarkable imaginative heights to trace the birth of a king; the founding, fellowship, and decline of the Round Table; and the king's inevitable departure. Encompassing romance, heroism, duty, and conflict, Tennyson's poetry charts the rise and fall of a legendary society."The Coming of Arthur" chronicles the victorious battle with which the king also wins Guinevere's hand; "Gareth and Lynette," "The Marriage of Geraint," and "Geraint and Enid" likewise concern tests and triumphs of love, virtue, and valor. The tragic tale of two brothers, "Balin and Balan," is followed by "Merlin and Vivien," recounting the wizard's betrayal at the hands of a femme fatale. "Lancelot and Elaine," a classic story of unrequited love, leads up to the grand climax, "The Holy Grail," followed by "The Last Tournament" and "The Passing of Arthur."Generations of readers — both poetry lovers and devotees of myth and legend — have exulted in these stories "About the founding of a Round Table / That was to be, for love of God and man / And noble deeds, the flower of all the world."