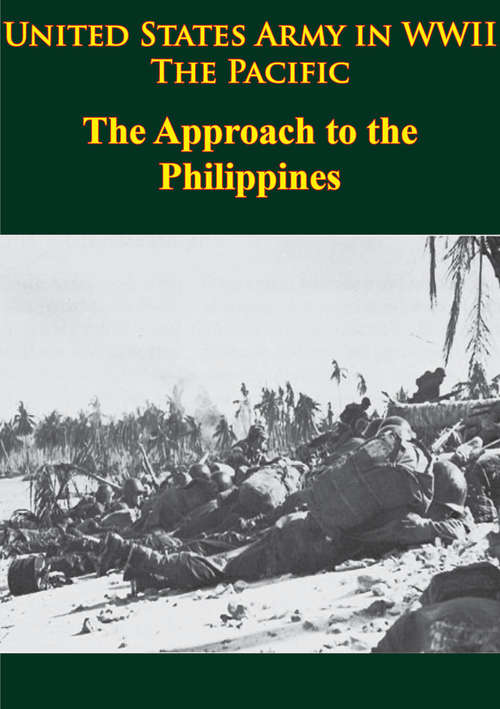 [Includes 2 tables, 33 maps and 56 illustrations]Jungle warfare in the Southwest Pacific provided a unique experience for an army only lately thrust into global war; but as The Approach to the Philippines graphically demonstrates, the rules of war, the problems of leadership, and the opportunities for military success pertain in the steaming hills of New Guinea as well as on the broad plains of Normandy.This volume describes the operations of Allied forces in the Pacific theaters during the approach to the Philippines, April through October 1944. While this is essentially the story of U.S. Army ground combat operations during the approach, the activities of all ground, air, and naval forces are covered where necessary for the understanding of the Army ground narrative. Eight major and separate operations, all susceptible of subdivision into distinct phases, are described. Seven of these operations took place in the Southwest Pacific Area, while one--the Palau Islands operation--occurred in the Central Pacific Area. This series of actions is exceptional in that the operations were executed in such rapid succession that while one was being planned the height of combat was being reached in another and still others had entered the mopping-up stage.Because of the nature of the combat, the level of treatment in this volume is generally that of the regimental combat team--the infantry regiment with its supporting artillery, engineer, tank, medical, and other units. The majority of the actions described involved a series of separate operations by infantry regiments or regimental combat teams, since divisions seldom fought as integral units during the approach to the Philippines. Division headquarters, often assuming the role of a ground task force headquarters, co-ordinated and administered the oft-times widely separated actions of the division's component parts.