The Ark and Beyond 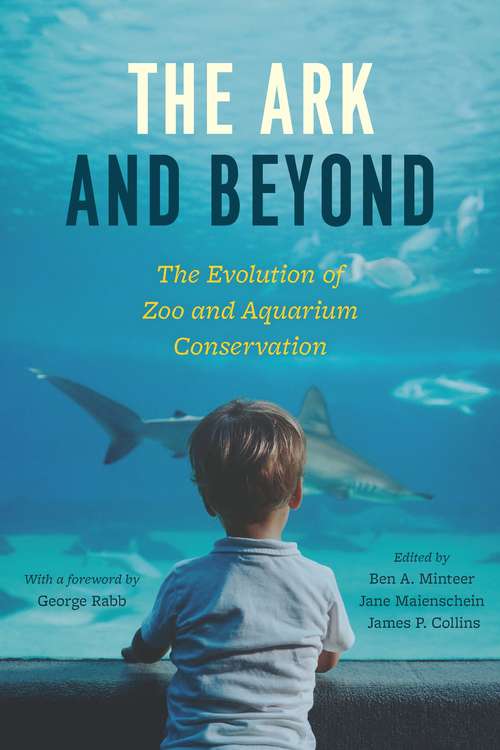 Scores of wild species and ecosystems around the world face a variety of human-caused threats, from habitat destruction and fragmentation to rapid climate change. But there is hope, and it, too, comes in a most human form: zoos and aquariums. Gathering a diverse, multi-institutional collection of leading zoo and aquarium scientists as well as historians, philosophers, biologists, and social scientists, The Ark and Beyond traces the history and underscores the present role of these organizations as essential conservation actors. It also offers a framework for their future course, reaffirming that if zoos and aquariums make biodiversity conservation a top priority, these institutions can play a vital role in tackling conservation challenges of global magnitude.

While early menageries were anything but the centers of conservation that many zoos are today, a concern with wildlife preservation has been an integral component of the modern, professionally run zoo since the nineteenth century. From captive breeding initiatives to rewilding programs, zoos and aquariums have long been at the cutting edge of research and conservation science, sites of impressive new genetic and reproductive techniques. Today, their efforts reach even further beyond recreation, with educational programs, community-based conservation initiatives, and international, collaborative programs designed to combat species extinction and protect habitats at a range of scales. Addressing related topics as diverse as zoo animal welfare, species reintroductions, amphibian extinctions, and whether zoos can truly be “wild,” this book explores the whole range of research and conservation practices that spring from zoos and aquariums while emphasizing the historical, scientific, and ethical traditions that shape these efforts. Also featuring an inspiring foreword by the late George Rabb, president emeritus of the Chicago Zoological Society / Brookfield Zoo, The Ark and Beyond illuminates these institutions’ growing significance to the preservation of global biodiversity in this century.

Copyright:
2018 The University of Chicago Press