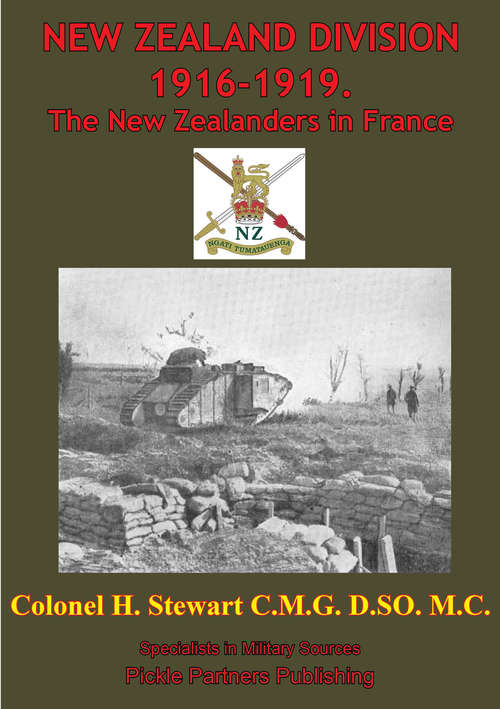 Contains over 100 maps, photos and illustrations"Formed in Egypt in March 1916 the division arrived in France a month later. It acquired an elite status, fought on the Somme, at Messines and Third Ypres. 49,000 casualties, ten VCs. A very fine and comprehensive history....As may be expected this is a remarkably comprehensive account of one of the finest divisions of the BEF of which Earl Haig wrote: "No Division in France built up for itself a finer reputation, whether for the gallantry of its conduct in battle or for the excellence of its behaviour out of the line. Its record does honour to the land from which it came and to the Empire for which it fought." A German assessment of the division was seen in an Intelligence document captured at Hebuterne in July 1918:- "A particularly good assault Division. Its characteristics are a very strongly developed individual self-confidence or enterprise, characteristic of the colonial British, and a specially pronounced hatred of the Germans."...The NZ Division of this history was formed in Egypt in March 1916...The infantry consisted of two battalions each of the Auckland, Canterbury, Otago and Wellington Regiments and four battalions of the NZ Rifle Brigade, all the divisional troops-artillery, engineers, medical etc .were NZ units. The GOC was Major-General Sir A.H. Russell, promoted from command of a brigade of the composite NZ and Australian Division; he was to be the only commander of the division. The NZ Division arrived in France in April 1916 and it remained on the Western front throughout the war....The author commanded the 2nd Battalion Canterbury Regiment and in preparing this official account he has drawn on all available material - War Diaries, Operation Orders, Intelligence summaries, Narratives of operations prepared at Corps level and below, Honours and Awards recommendations, Divisional reports and correspondence, personal diaries and papers and Haig's Despatches. ..."--N&M Print Ed