The Mutiny Of The Bengal Army 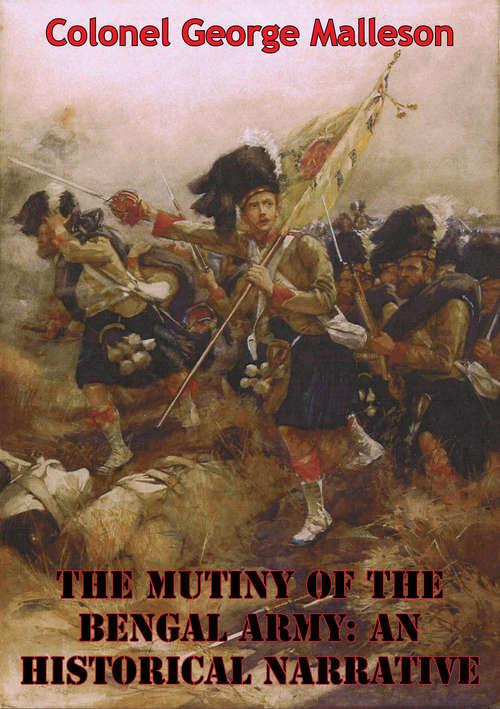 [Illustrated with over one hundred maps, photos and portraits, of the battles, individuals and places involved in the Indian Mutiny]The brilliant two-volume account of the Indian Mutiny written by the eminent military historian Colonel George Malleson, richly illustrated with maps, plans and portraits."MALLESON, GEORGE BRUCE (1825-1898), colonel and military writer, born in London on 8 May 1825...Through Colonel Oliphant, a director of the East India Company, he was given a direct commission as ensign on 11 June 1842, and was posted to the 65th Bengal native infantry on 26 Sept. He obtained a lieutenancy in the 33rd B.N.I. on 28 Sept. 1847. He was appointed to the commissariat department on 30 Nov. 1852, and served in the second Burmese war...On 28 March 1856 he was appointed an assistant military auditor-general, and he was engaged with accounts at Calcutta during the mutiny. He wrote 'The Mutiny of the Bengal Army,' which was published anonymously in 1857, and was known as 'the red pamphlet.' In this he pointed to Lord Dalhousie's administration, and especially the annexation of Oudh, as mainly responsible for the revolt..."He had been a frequent contributor to the 'Calcutta Review' since 1857, and was also a correspondent of the 'Times.' After his retirement he devoted himself to literature, dealing chiefly with military history, especially Indian. He had a broad grasp, great industry, a vigorous and picturesque style, but was apt to be a strong partisan. He did much to draw attention to Russian progress in Central Asia, and its dangers to British rule in India. He died at 27 West Cromwell Road, London, on 1 March 1898..." -Oxford Dict. of Bio.