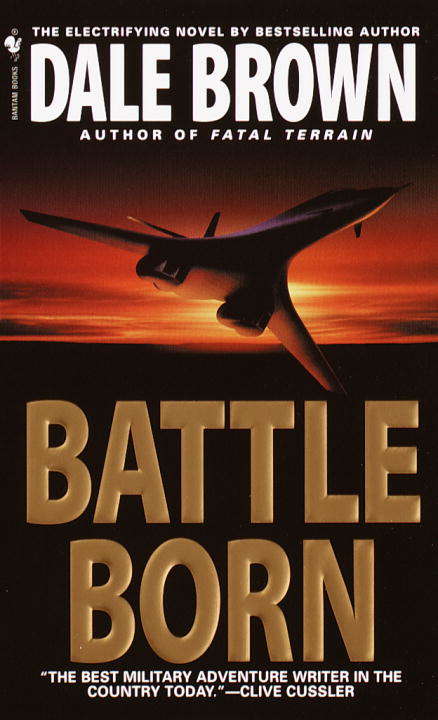 Author of an extraordinary string of New York Times bestselling novels, Dale Brown is the undisputed master of the aerial techno-thriller. Filled with explosive adventure, unforgettable characters, and authentic technology set against political scenarios so real they often anticipate world events, each of Dale Brown's novels is a major event. Now he returns to the airspace only he can truly call his own, in a blockbuster novel about a world on the brink of World War III and a new generation of brash young heroes...Patrick McLanahan is back. The veteran navigator-bombardier and brigadier general in the U.S. Air Force has been sent to a B-1B Lancer unit in Nevada to develop and train a tactical strike unit designed to seek out and destroy enemy missiles. He has his pick of the most aggressive Type A personalities in the flying game, though it may take years to pull this bunch of mavericks together to fight as a team.Then time runs out. The fragile peace in Asia is shattered when what was supposed to be a joint U.S.-Japan-South Korea mock bombing raid turns lethal. Instead of hewing to the script, South Korean fighter-bombers streak north to destroy several North Korean command-and-control, special forces, and secret police centers in support of a massive people's revolt against the Communist regime. To the world's surprise, the raids are a complete success. The North Korean military surrenders. The borders are thrown wide open and the United Republic of Korea is born.But this United Korea is also the world's newest nuclear power. It refuses to destroy thousands of captured nuclear, chemical, and biological weapons, which it sees as potent protection against the massive threat of China to its north. Vowing never again to be anyone's puppet, it is ready to defy the United States and even attack China in order to preserve its sovereignty.Thus begins a conflict that threatens to embroil all of Asia. Enter McLanahan's raw, audacious team. Sent into the fray both to protect United Korea and to stop it from touching off World War III, Patrick's small but potent hunter-killer bomber force has the world's newest, most powerful nonnuclear weapon at its disposal--if its aces ever stop fighting each other long enough to start fighting the enemy....Relentlessly paced, filled with the you-are-there feel of supersonic flight, Battle Born delivers the technology, action, and drama that Brown fans savor. It is this marvelous storyteller's most exciting and satisfying novel yet.From the Hardcover edition.