The Memoirs of Baron de Marbot - late Lieutenant General in the French Army. Vol. I 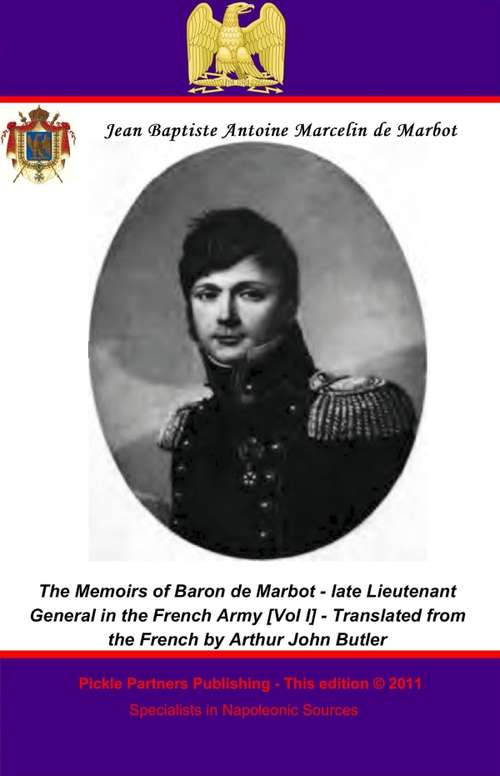 Perhaps the most famous of all Napoleonic memoirs to be written in any language are those written by Marbot. They stand in a league of their own. Napoleon, himself left a donation of 100,000 to him, for his refutation of General Rogniat's work - to quote Napoleon's will "I recommend him to continue to write in defense of the glory of the French armies, and to confound their calumniators and apostates."

So entertaining and full of vivid details that Sir Arthur Conan Doyle fictionalized them into his adventures of Brigadier Gerard.

In this the first volume of his translated memoirs, it covers his early childhood, born into a military family, to his first steps on the military ladder as a hussar in the 1e Regiment de Hussards (ex-Bercheny). His dash and leadership lead to a commission and appointments on the staff of Generals Augereau and Masséna. He writes poignantly of his fathers death at the siege of Genoa (1800) and the privations suffered in the city by the defenders and the inhabitants alike. His career takes him to the battles of Austerlitz, Friedland, Eylau and Aspern-Essling.

His narrative is full of anecdotes and vignettes of the great and the good of the Consulate and Empire, he portrays himself in the midst of such luminaries as the Emperor, his Marshals and Generals.

The text and maps are taken from the 1892 publishing by Longmans, Green and Co, London and New York.