Memoirs of the War in Spain 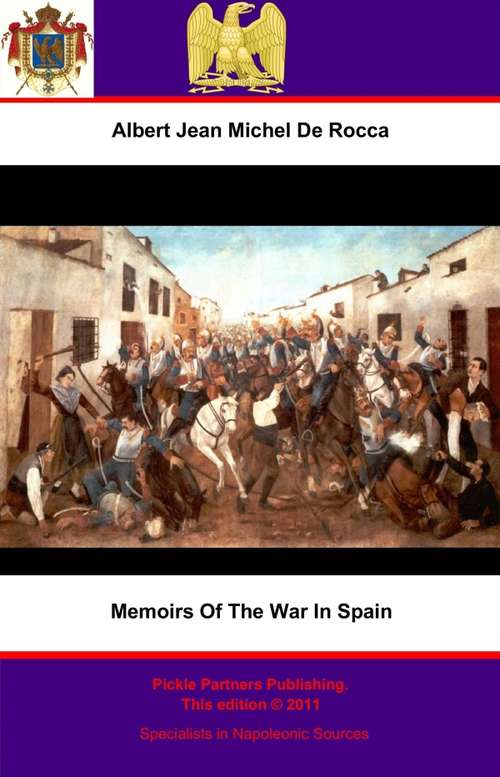 Napoleon's eagles had triumphed over every adversary faced until his fateful decision to depose the Bourbons from the throne of Spain. He started a war that was to prove fatal to his ambitions, a war with the religious people who knew only the war of the knife. The Spaniards were unsuccessful in prosecuting a war on regular military lines, being crushed in a number of pitched battles against the French forces, but they started a campaign of guerilla warfare that was to make the French gains limited to the ground they stood on. Messengers would be attacked, stragglers murdered, provisions delayed, convoys waylaid. This form of warfare seemed alien to the French and, with the exception of Marshal Suchet in Catalonia, they could find no proper way of subduing the Spanish people.

Michel de Rocca was a young hussar officer in 1808 and arriving early in the Peninsular War. He writes of the constant draining warfare: the need to be constantly on guard, the suspicious actions of the villagers, and the ambushes. Rocca appears to hold a grudge against the attitude of the Spanish, believing the war there to be rather inglorious and unjust; this was not the general feeling in the ranks of the French army, and was probably due to his Swiss ancestry and his association and later marriage to Madame de Staël (a staunch opponent of Napoleon). However, the brutal reprisals of the insurgents and the constant alertness wear him down as time goes on, and he is not unhappy to be removed from the war due to injuries sustained in an ambush.