Cavalry in the Waterloo Campaign 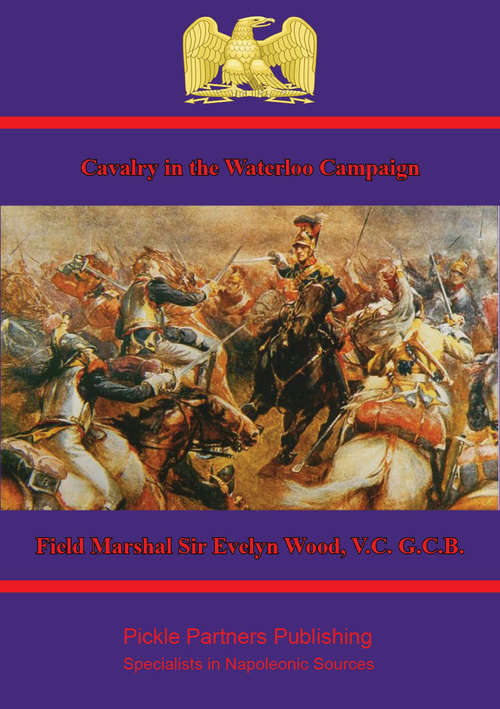 Napoleon wrote "Cavalry is useful before, during and after the battle"; and so it was with his final campaign of Waterloo. Few campaigns of the Napoleonic Wars are as instructive as to the use (and mis-use) of cavalry; from the lethal French cavalry at Quatre Bras, to the initially brilliant, but ultimately badly executed, British heavies charging at Waterloo itself. Sir Evelyn Wood himself had served in the cavalry for many years and wrote extensively on the subject, his expertise brought to bear on illuminating the cavalry actions of the short but epoch shaping Waterloo Campaign.

Field Marshal Wood was a man of enormous military experience, having fought with distinction in the Crimea, India, the Zulu and Boer wars. It was during the Indian Mutiny that he was awarded a Victoria Cross for selflessly leading his troop of cavalry against rebel forces and rescuing a local merchant from being hung by bandits.

Title - Cavalry in the Waterloo Campaign