Nine for the Devil 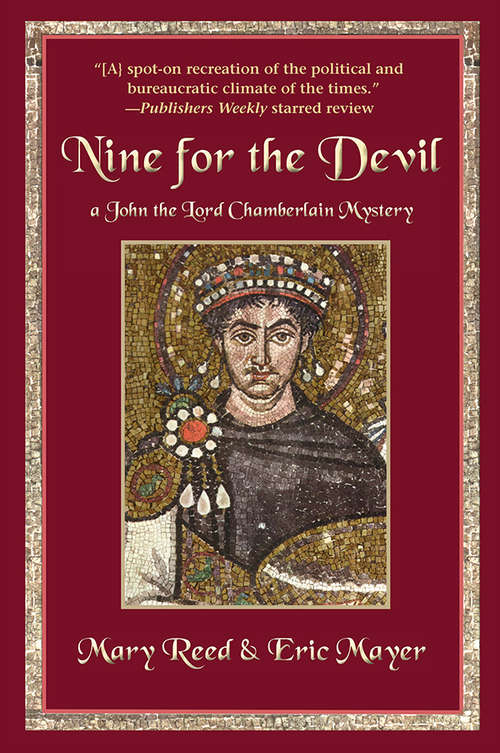 The year is 548 and Empress Theodora is dead, the victim of cancer. Or so everyone in Constantinople, capital of the Roman Empire, believes. Everyone except Emperor Justinian who orders John, his Lord Chamberlain, to find the murderer or suffer the consequences. John embarks on an impossible investigation. There is no sign of foul play, but many of the quarreling, backstabbing aristocrats at the imperial court had good reason to want Theodora dead. Suspects include General Artabanes, forced to occupy a house with an unloved wife; Justinian's cousin Germanus, who has seen his career blocked; and Antonina and her husband General Belisarius, enraged by Theodora's attempt to marry their daughter to her grandson by compelling the young couple to live together. Could the exiled and much hated former tax collector John the Cappadocian have played a role? Might Gaius, palace physician, have tampered with Theodora's medication? Pope Vigilius, detained in the capital due to a religious controversy, is not above suspicion. Even John's friends, the lawyer Anatolius and Felix, captain of the place guards, are acting strangely. As if seeking a murderer who seems to be a figment of the emperor's grief-deranged imagination isn't difficult enough, John must also grapple with domestic upheavals. His daughter, living on an estate outside the city, is about to give birth, and his aging servant Peter is dying. Will John be able to serve justice, his loved ones, and the emperor?