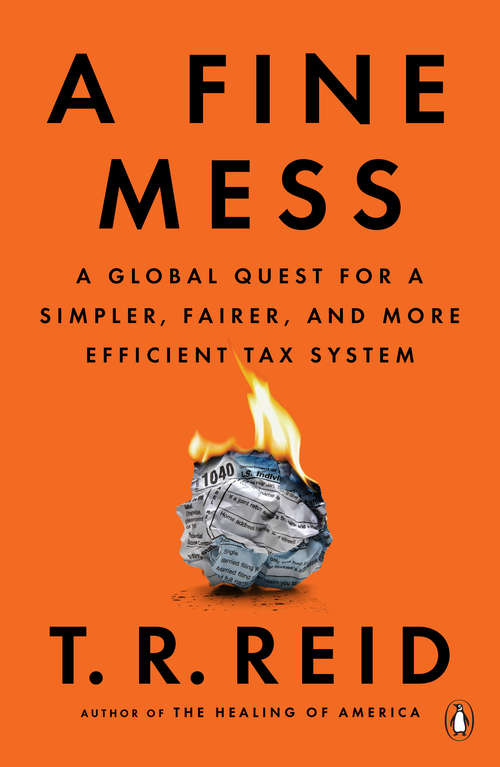 The U.S. tax code is a total write-off. Crammed with loopholes and special interest provisions, it works for no one except tax lawyers, accountants, and huge corporations. Not for the first time, we have reached a breaking point. That happened in 1922, and again in 1954, and again in 1986. In other words, every thirty-two years. Which means that the next complete overhaul is due in 2018. But what should be in this new tax code? Can we make the U.S. tax system simpler, fairer, and more efficient? Yes, yes, and yes. Can we cut tax rates and still bring in more revenue? Yes. Other rich countries, from Estonia to New Zealand to the UK—advanced, high-tech, free-market democracies—have all devised tax regimes that are equitable, effective, and easy on the taxpayer. But the United States has languished. So byzantine are the current statutes that, by our government’s own estimates, Americans spend six billion hours and $10 billion every year preparing and filing their taxes. In the Netherlands that task takes a mere fifteen minutes! Successful American companies like Apple, Caterpillar, and Google effectively pay no tax at all in some instances because of loopholes that allow them to move profits offshore. Indeed, the dysfunctional tax system has become a major cause of economic inequality. In A Fine Mess, T. R. Reid crisscrosses the globe in search of the exact solutions to these urgent problems. With an uncanny knack for making a complex subject not just accessible but gripping, he investigates what makes good taxation (no, that’s not an oxymoron) and brings that knowledge home where it is needed most. Never talking down or reflexively siding with either wing of politics, T. R. Reid presses the case for sensible root-and-branch reforms with a companionable ebullience. This affects everyone. Doing our taxes will never be America's favorite pastime, but it can and should be so much easier and fairer.