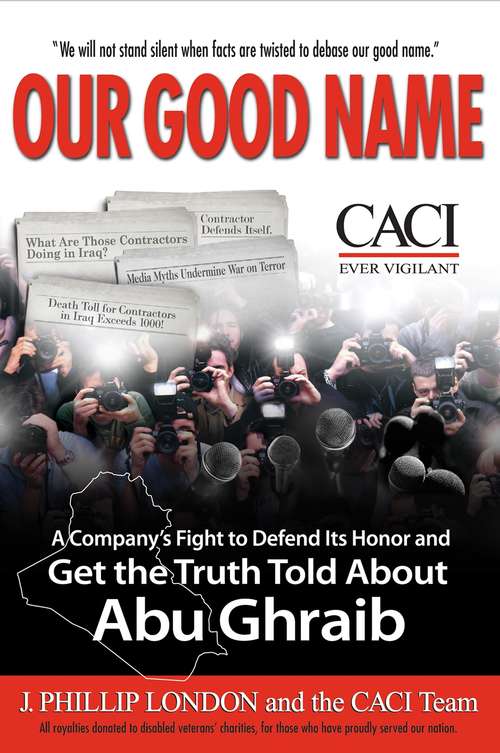 In April 2004, an illegally leaked U.S. Army report thrust CACI, an information technology company, into the international spotlight by casting suspicion on a CACI employee for being "either directly or indirectly responsible" for the mistreatment of detainees at Abu Ghraib prison in Iraq. At the same time, pictures from the abuses were shown on national television and tarnished anyone associated with Abu Ghraib--including CACI.What ensued was a media frenzy rarely seen by any company in recent decades. The media twisted the unsupported allegations into a guilty verdict without regard for the facts or the truth, creating a damning public perception of CACI. Our Good Name recounts how CACI battled to defend itself against erroneous and malicious reports by a rampaging media, how it responded to the wide-ranging government investigations, and how it overcame misplaced anger and criticism that put the company's dedicated employees and excellent reputation--even it's future--at risk.Faced with constant accusations, exaggerations, and false reports, CACI refused to allow the media storm and uninformed opportunists to drag it down. The company condemned the behavior depicted in the infamous prison photos. If any employee had been culpable of any wrongdoing, the company would respond forcefully and accordingly, but only adhering to the rule of law. There would be no witch hunts, no lynch mobs, and no kangaroo courts.Spearheaded by its long-time leader, chairman, president, and CEO Dr. J. Phillip London, the company mounted a concentrated campaign to address the allegations and make the facts known. CACI used innovative methods of crisis management and consistent communications to push back against the distortions and mistakes. CACI would also rely upon its long-established, proven culture of ethics and integrity to direct its activities and set the record straight.Our Good Name is CACI's story of facing one of the biggest scandals in recent history...and coming out honorably with its head high.