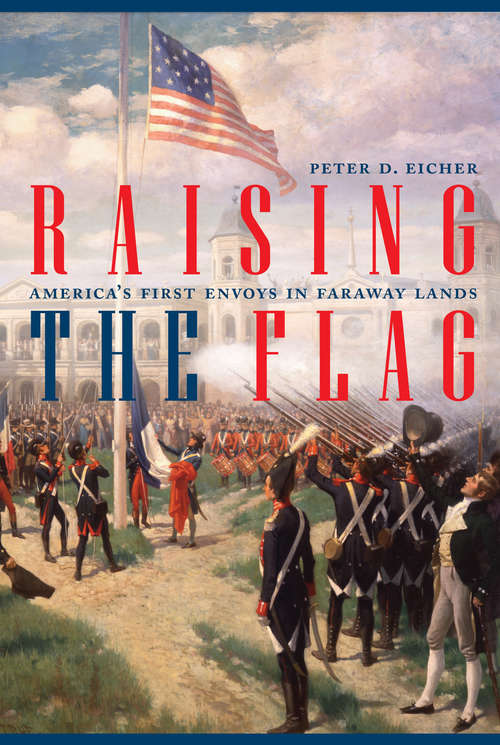 Since its inception the United States has sent envoys to advance American interests abroad, both across oceans and to areas that later became part of the country. Little has been known about these first envoys until now. From China to Chile, Tripoli to Tahiti, Mexico to Muscat, Peter D. Eicher chronicles the experience of the first American envoys in foreign lands. Their stories, often stranger than fiction, are replete with intrigues, revolutions, riots, war, shipwrecks, swashbucklers, desperadoes, and bootleggers. The circumstances the diplomats faced were precursors to today’s headlines: Americans at war in the Middle East, intervention in Latin America, pirates off Africa, trade deficits with China. Early envoys abroad faced hostile governments, physical privations, disease, isolation, and the daunting challenge of explaining American democracy to foreign rulers. Many suffered threats from tyrannical despots, some were held as slaves or hostages, and others led foreign armies into battle. Some were heroes, some were scoundrels, and many perished far from home. From the American Revolution to the Civil War, Eicher profiles the characters who influenced the formative period of American diplomacy and the first steps the United States took as a world power. Their experiences combine to chart key trends in the development of early U.S. foreign policy that continue to affect us today. Raising the Flag illuminates how American ideas, values, and power helped shape the modern world.