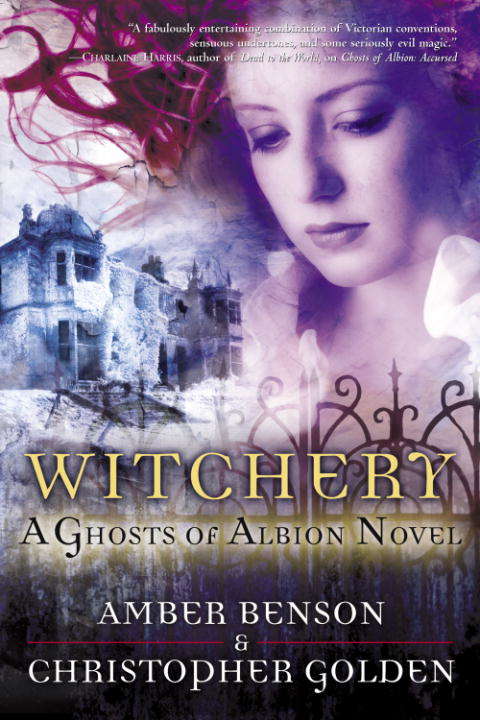 "A fabulously entertaining combination of Victorian conventions, sensuous undertones, and some seriously evil magic."-Charlaine Harris, author of Dead to the World, on Ghosts of Albion: AccursedBefore you can save Albion, you must destroy the poison in its black heart.William and Tamara Swift's newfound sorcerous powers as Protectors of Albion pale before the demonic forces threatening Britannia. But William and Tamara have formidable allies in Lord Byron, Queen Bodicea, and Lord Admiral Nelson-England's noble, notorious Ghosts of Albion.Responding to a plea from Cornwall, Tamara discovers that the rumors of young women, both human and fairy, vanishing without a trace are horribly true. Instead of hard clues, she uncovers only whispers of witches, infernal abductions, and a pyre of innocents planned for the solstice. Indeed, Tamara has never faced a more dangerous task-for the legendary land of King Arthur's Camelot also harbors dark, bloody deeds and a waking evil. Soon nothing, not even mighty Albion, will be safe from the deadly peril.Amber Benson, who immortalized Tara in Buffy the Vampire Slayer, and Christopher Golden, Bram Stoker Award--winning author of the Shadow Saga, have created a voluptuous, twisted thriller. Based on the BBC Web series that became a smash hit in England, Ghosts of Albion: Witchery brings to life a sizzling, ninteenth century world of fiends, phantoms, and spine-tingling terror.Praise for Ghosts of Albion: Accursed"Demons, bodice-ripping passion, and some good old murky London gloom; all one can ask for in a dark night's reading."-Kirkus Reviews"Equal doses of dark humor and genuine horror."-Library JournalFrom the Trade Paperback edition.