Citizenship and Immigration - Borders, Migration and Political Membership in a Global Age 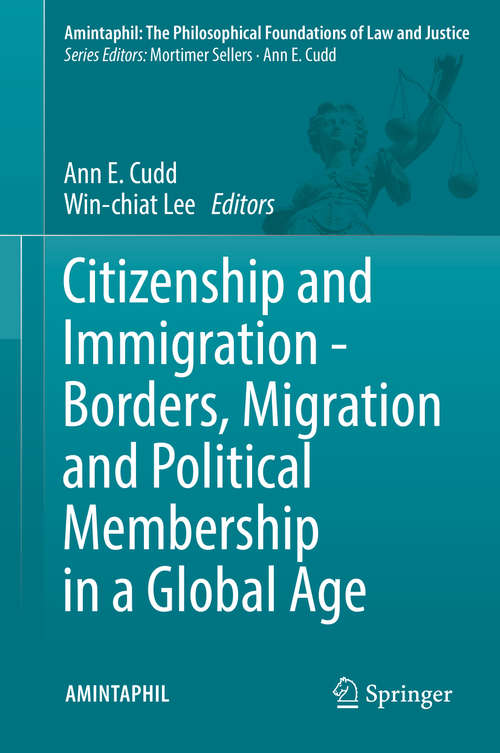 This work offers a timely philosophical analysis ofinterrelated normative questions concerning immigration and citizenship inrelation to the global context of multiple nation states. In it, philosophersand scholars from the social sciences address both fundamental questions inmoral and political philosophy as well as specific issues concerning policy. Topics covered in this volume include: the concept and the role of citizenship,the equal rights and representation of citizens, general moral frameworks foraddressing immigration issues, the duty to obey immigration law, the use ofethnic, cultural, or linguistic criteria for selective immigration, domesticviolence as grounds for political asylum, and our duty to refugees in general. f";mso-fareast-font-family:SimSun;mso-fareast-theme-font:minor-fareast;mso-ansi-language:EN-US;mso-fareast-language:ZH-CN;mso-bidi-language:AR-SA">The urgency of the needto discuss these matters is clear. Several humanitarian crises involving humanmigration across national boundaries stemming from war, economic devastations,gang violence, and violence in ethnic or religious conflicts have unfolded. Political debates concerning immigration and immigrant communities arecontinuing in many countries, especially during election years. While therehave always been migrating human beings, they raise distinctive issues in themodern era because of the political context under which the migrations takeplace, namely, that of a system of sovereign nation states with rights tocontrol their borders and determine their memberships. This collection providesreaders the opportunity to parse these complex issues with the help of diversephilosophical, moral, and political perspectives.