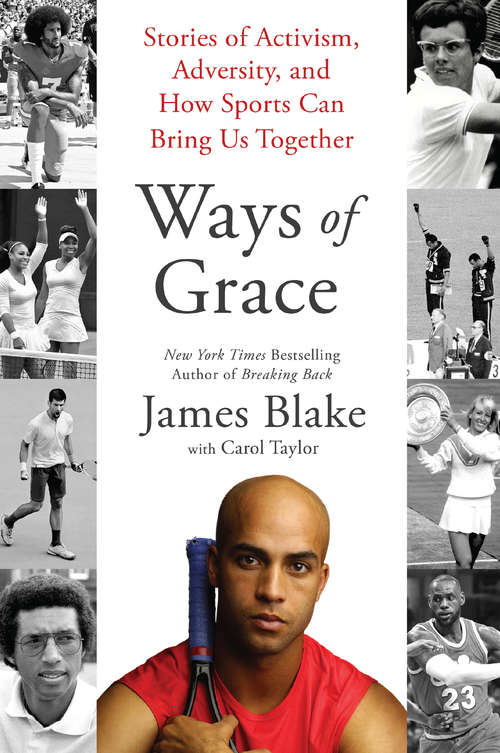 Inspired by Arthur Ashe’s bestselling memoir Days of Grace, a collection of positive, uplifting stories of seemingly small acts of grace from across the sports world that have helped to bridge cultural and racial divides.Like many people of color, James Blake has experienced the effects of racism firsthand—publicly—first at the U.S. Open, and then in front of his hotel on a busy Manhattan street, where he was tackled and handcuffed by a police officer in a case of "mistaken identity." Though rage would have been justified, Blake faced both incidents with dignity and aplomb. In Ways of Grace he reflects on his experiences and explores those of other sports stars and public figures who have not only overcome adversity, but have used them to unite rather than divide, including: Aisam-Ul-Haq Qureshi, a Pakistani Muslim and Amir Hadad, an Israeli Jew, who despite the conflicts of their countries, paired together in the 2002 Wimbledon men’s doubles draw. Muhammad Ali, who transcended racism with a magnetic personality and a breathtaking mastery of boxing that was unparalleled. Nelson Mandela, who spent twenty-seven years in prison for his commitment to social reform, peace, and equality yet never gave up his battle to end apartheid—a struggle that led to his eventual freedom and his nation's transition to black majority rule.Groundbreaking tennis legend Arthur Ashe, who was a model of courage, elegance, and poise on the court and off; a gifted player who triumphed in the all-white world of professional tennis, and became one of his generation's greatest players. Weaving together these and other poignant and unforgettable stories, Blake reveals how, through seemingly small acts of grace, we can confront hatred, bigotry, and injustice with virtue—and use it to propel ourselves to greater heights.