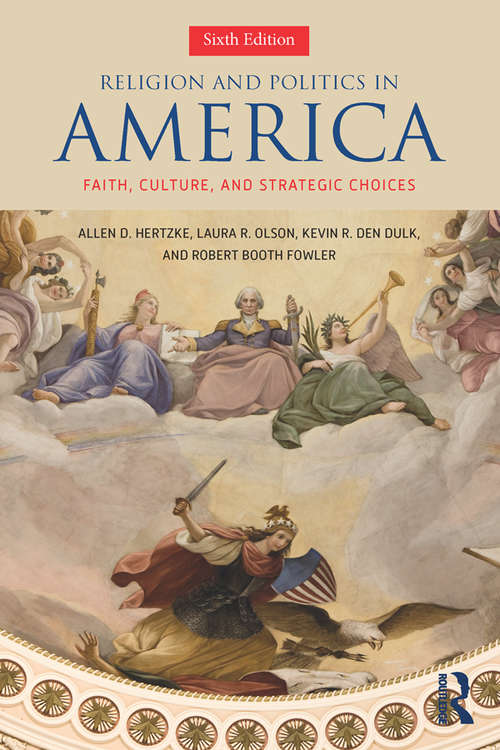 Religion and politics are never far from the headlines, but their relationship remains complex and often confusing. This book offers an engaging, accessible, and balanced treatment of religion in American politics. It explores the historical, cultural, and legal contexts that motivate religious political engagement and assesses the pragmatic and strategic political realities that religious organizations and people face. Incorporating the best and most current scholarship, the authors examine the evolving politics of Roman Catholics; evangelical and mainline Protestants; African American and Latino traditions; Jews, Muslims, and other religious minorities; recent immigrants and religious "nones"; and other conventional and not-so-conventional American religious movements.

New to the Sixth Edition

Expands substantially on religion’s relationship to gender and sexuality, race, ethnicity, and class, and features the role of social media in religious mobilization

Adds discussion questions at the end of every chapter, to help students gain deeper understanding of the subject