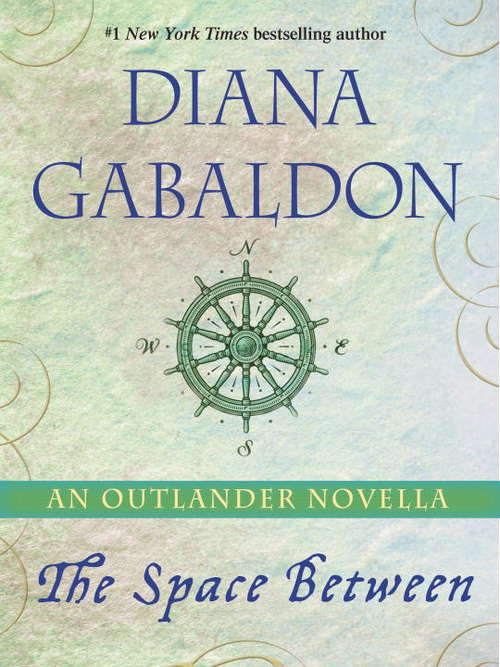 NEW YORK TIMES BESTSELLERDiana Gabaldon returns to her Outlander universe in "The Space Between," an irresistible novella brimming with adventure, history, and suspense--and available for the first time as a standalone eBook. Features a preview of the much-anticipated new Outlander novel, Written in My Own Heart's Blood! Joan MacKimmie is on her way to Paris to take up her vocation as a nun. Yet her decision is less a matter of faith than fear, for Joan is plagued by mysterious voices that speak of the future, and by visions that mark those about to die. The sanctuary of the nunnery promises respite from these unwanted visitations . . . or so she prays. Her chaperone is Michael Murray, a young widower who, though he still mourns the death of his wife, finds himself powerfully drawn to his charge. But when the time-traveling Comte St. Germain learns of Joan's presence in Paris, and of her link to Claire Fraser--La Dame Blanche--Murray is drawn into a battle whose stakes are not merely the life but the very soul of the Scotswoman who, without even trying, has won his heart. Praise for Diana Gabaldon's Outlander series "A grand adventure written on a canvas that probes the heart, weighs the soul and measures the human spirit across [centuries]."--CNN, on The Fiery Cross "History comes deliciously alive on the page."--New York Daily News, on Outlander "Abounds with Gabaldon's sexy combination of humor, wild adventure and, underlying it all, the redemptive power of true love."--The Dallas Morning News, on The Fiery Cross "Gabaldon is a born storyteller. . . . The pages practically turn themselves."--The Arizona Republic, on Dragonfly in Amber "Wonderful . . . This is escapist historical fiction at its best."--San Antonio Express-News, on Drums of Autumn