The Price of Escape 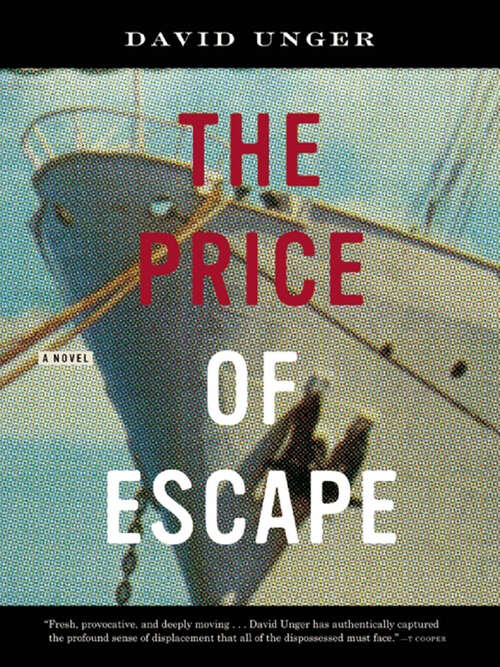 "Evoking both Kafka and Conrad, Unger's character study of a broken man in a culture broken by a ravenous corporation makes compelling reading."--Booklist"Unger does a great job with fish-out-of-water situations, as [protagonist] Samuel's travails--sometimes Kafkaesque, sometimes Laurel and Hardy--nicely pit his timidity against his growing desperation."--Publishers Weekly"David Unger's tale utterly seduces with its mix of the exotic and the familiar."--Toronto Star"Unger's rendering of human contradiction is masterful, for in the space of Samuel's four days of awe, Unger reveals life's slippery terms of engagement in all their complexity with a clarity that still contains compassion . . . We can be grateful for the message of this wondrous book: despite our fears, even the least heroic among us can find the will to go forward."--Literature and Arts of the AmericasIn 1938, as Samuel Berkow's tramp steamer from Germany approaches Puerto Barrios, Guatemala, he is full of hope that he will be able to remake his life in the new world. Part character study and part riveting narrative of a German Jew escaping the Nazis, this novel provides its own mix of Franz Kafka, Joseph Conrad, and Louis-Ferdinand Céline, as Samuel stumbles to get his footing in a hostile setting.David Unger was born in Guatemala City in 1950 and now lives in Brooklyn, NY. He is the author of two previous novels and a story collection. He has translated sixteen books into English, including works by Nicanor Parra, Silvia Molina, Elena Garro, Barbara Jacobs, Mario Benedetti, and Rigoberta Menchú. He is considered one of Guatemala's major living writers even though he writes exclusively in English.